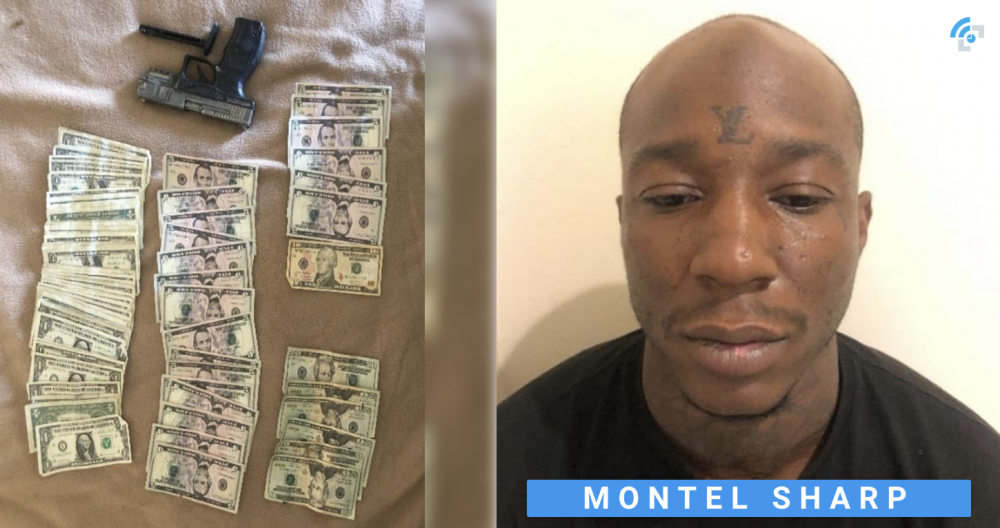 BARSTOW, Calif. — (VVNG.com) — A 26-year-old suspect wanted in connection with at least two armed robberies was arrested in Barstow.

On June 3, 2020, at about 9:06 PM officers from Barstow Police were dispatched to an armed robbery that had just occurred at the USA Gas located in the 1400 block of East Main Street.

According to a news rerelease, the clerk reported that a black male adult brandished a silver semi-automatic handgun, demanded money, and threatened to shoot her. The clerk provided the suspect with money from the register.

Prior to leaving the store, the suspect stole three packs of Newport cigarettes from behind the counter.

Officers obtained video surveillance, which depicted the suspect and the clothes he was wearing to include blue nitrile style gloves and a mask covering the bottom portion of his face.

A couple of hours later at about 1:45 a.m., Barstow officers responded to Circle K, located at 1501 East Main Street regarding a report of an armed robbery that had just occurred.

Officials said the clerk’s reported that a black male adult brandished a silver semi-automatic handgun, demanded money and threatened to shoot them. Both clerks provided the suspect money from the registers and the suspect fled.

Officers obtained video surveillance, which depicts the suspect and the clothing he was wearing,” stated the release.

“Video surveillance showed the suspect running to a black Mercedes SUV with left front end damage. The clerk also reported that the suspect had a tattoo between his eyes and on the left side of his face,” stated the release.

Approximately 9-hours after the first reported robbery Sgt. Gilmore located a matching SUV in the parking lot of the Desert Inn Motel on E. Main Street.

Officer’s maintained surveillance of the SUV and learned the driver was inside one of the rooms.

Detectives knocked on the door of room 197 and talked to a male juvenile and black male adult, later identified as Montel Dion Sharp, who had a tattoo between his eyes and on the left side of his face. Detective Thomas Lewis saw that Sharp also matched the general physical description of the robbery suspect.

The officers detained Sharp and obtained a search warrant for the motel room and the Mercedes SUV. Detectives served the search warrant and located money, a silver-colored BB gun, clothing, and blue nitrile style gloves that match the suspect description in both robberies.

During the investigation, Montel Sharp was identified by a witness as the person depicted in the video surveillance footage from both robberies.

Victor Valley under smoke advisory due to Redlands warehouse fire