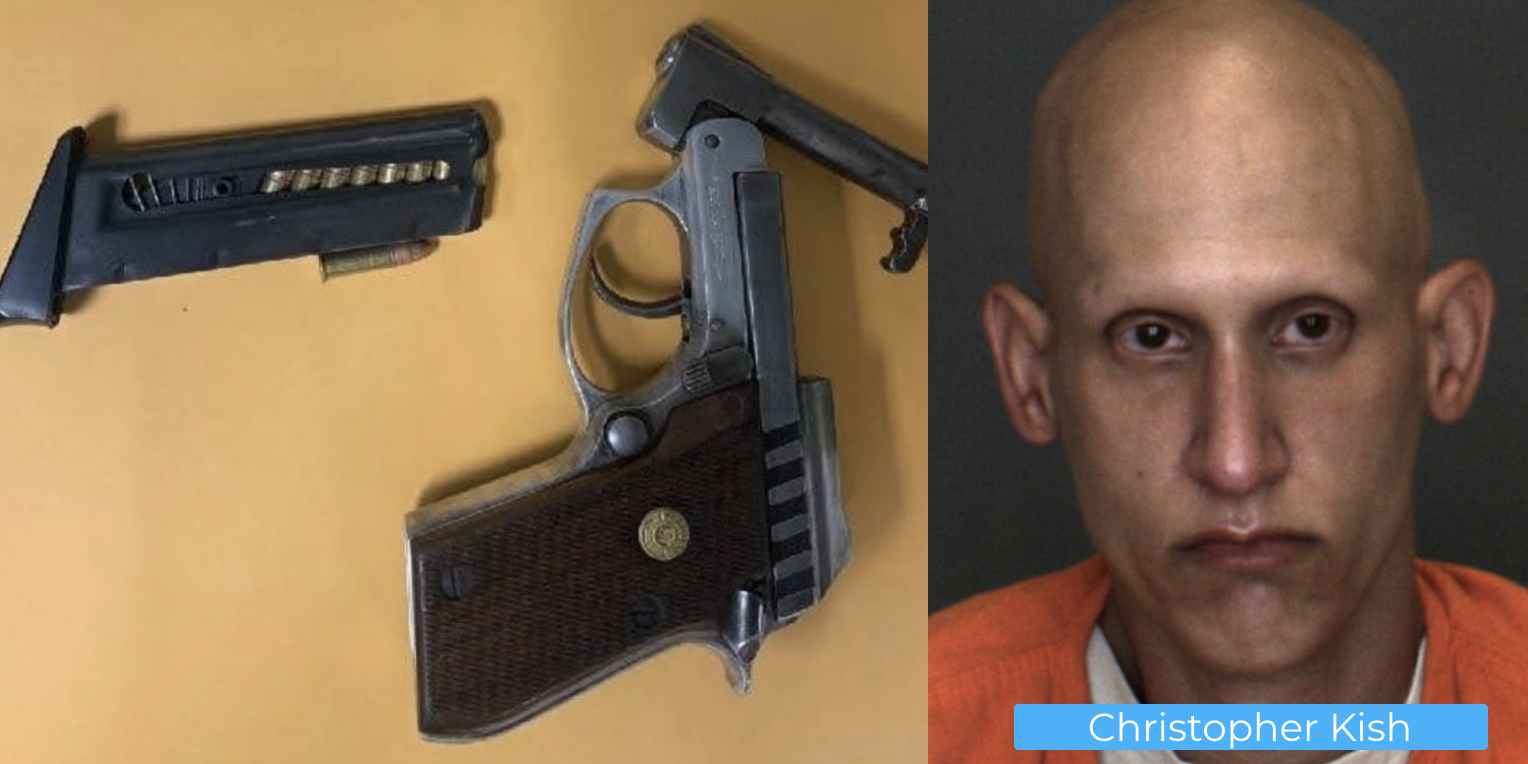 BARSTOW, Calif. (VVNG.com) — Barstow Police Officers arrested a 40-year-old felon in possession of a gun after he was caught breaking into a vehicle, officials said.

On August 30, 2020, at approximately 10:39 p.m., officers were dispatched to the 1500 block of West Main Street near Conversions Firestone regarding a male subject attempting to break into a vehicle.

As officers responded the reporting party advised that the male was now inside the vehicle.

Corporal Ronan Colleoc and Officer Jason Perry responded and identified the male inside the vehicle as Christopher Kish a resident of Los Angeles.

According to a news release, “the officers confirmed that the vehicle did not belong to Kish and tampering evidence at the scene indicated Kish was attempting to steal the vehicle.”

Kish was placed under arrest and officers found a loaded Taurus .22 caliber handgun on him, officials said. Officials said the suspect is a convicted felon and prohibited from owning or possessing any firearms or ammunition.

Anyone with information regarding this investigation may contact Officer Jason Perry at 760-256-2211. Those wishing to remain anonymous may also provide information by calling the WE-TIP hotline at 1-800-78-CRIME.