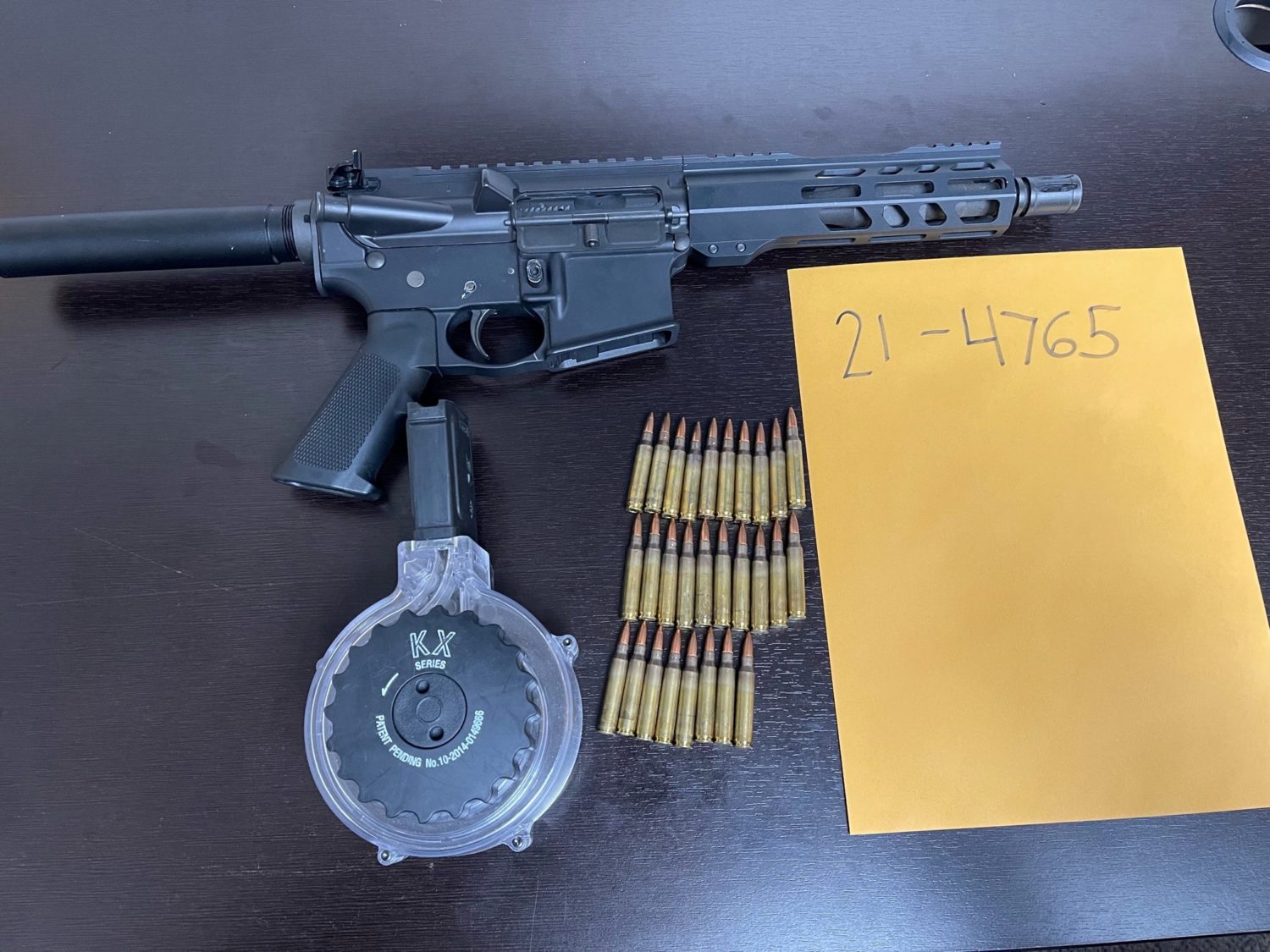 BARSTOW, Calif. (VVNG.com) — A traffic stop in Barstow resulted in the arrest of a previously convicted felon after he was found to be in possession of a firearm.

It happened on Thursday, December 16, 2021, at about 3:17 pm, when officers from the Barstow Police Department’s Crime Impact Team conducted the stop in the area of East Buena Vista and Barstow Road.

Officers contacted the driver and identified him as 28-year-old Carmolle Marshall who had a suspended driver’s license. Officers searched the vehicle and located a loaded AR pistol with a drum magazine, officials said.

Marshall has prior felony convictions and was placed under arrest for PC 29800 – Felon in Possession of a Firearm. He is being booked at the San Bernardino County Sheriff’s Department Barstow Jail.