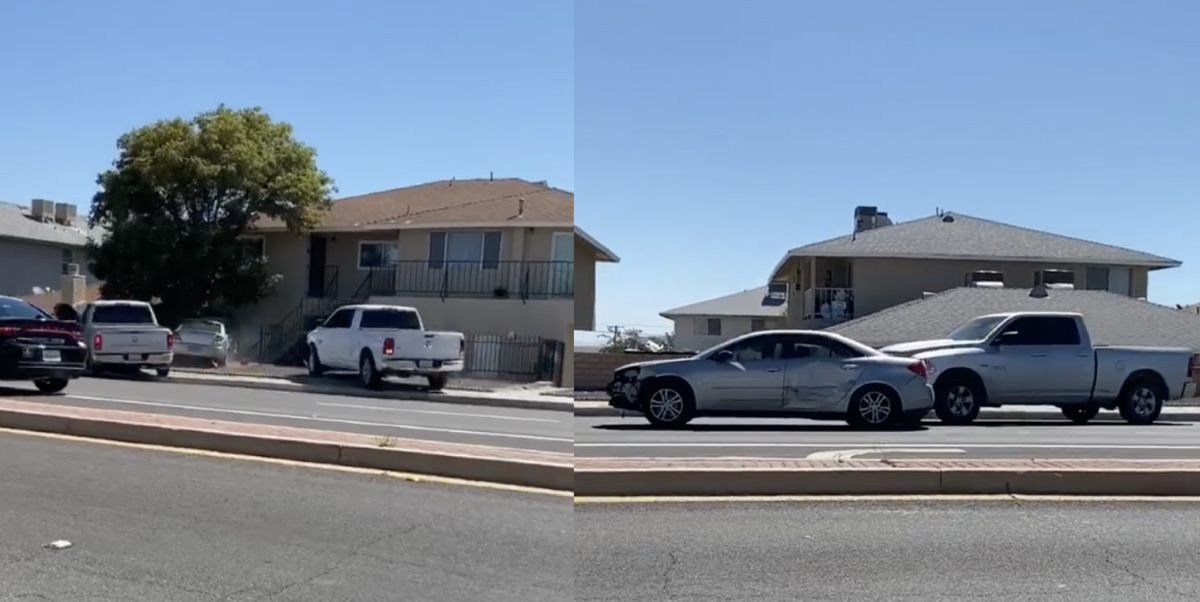 BARSTOW, Calif. –A 24-year-old suspect wanted for kidnapping, robbery, and several outstanding warrants, was arrested following a pursuit in a stolen vehicle that ended with a crash in Barstow, officials said.

On Sunday, August 9, 2020, at 7:26 a.m. deputies responded to a residence in the Needles area where the victim reported a robbery and kidnapping that began at the Motel 6 at 1420 J St in Needles.

The victim was released by the suspects and deputies were able to track them back to the Motel 6. The three suspects were identified as Jamil King-Hobbs, 24, a resident of Barstow, Terra Thomas, 18, and 21-year-old Dantiaja Almanzor, both residents of Las Vegas.

Officials said due to the suspects being armed and previously committed a violent crime, the Sheriff’s Special Enforcement Division (SWAT) was called to assist.

Prior to SWAT’s arrival, King-Hobbs got into a stolen vehicle and fled the motel.  Deputies attempted to stop him, but he led deputies on a high-speed pursuit on I-40 to Barstow.

According to a sheriff’s news release, “King-Hobbs exited the freeway in Barstow and drove through neighborhoods where he intentionally rammed a marked Sheriff’s unit.”

Valvalmarie Solis was driving by when she witnessed the ending of the pursuit and started recording with her cell phone. In the video, an unmarked white pick-up truck rams the suspect’s vehicle several times in an attempt to stop the suspect. The pursuit terminated when the suspect’s vehicle crashed into an apartment complex and was taken into custody. No injuries were reported as a result of the incident,

Deputies followed up at the Motel 6 in Needles where a search warrant was served and Thomas & Almanzor were arrested.  Weapons and evidence were located inside the motel room as well as inside the stolen vehicle driven by King-Hobbs.

King-Hobbs was booked into the Barstow Jail where he is being held pending a court hearing on $250,000 bail for PC 212.5 – Residential Robbery, PC207 – Kidnapping, CVC2800.2 – Felony Evading, PC 245 – Assault with A Deadly Weapon on A Peace Officer, and CVC 10851 – Vehicle Theft.  Hobbs was also found to have a no bail felony theft warrant and a $20,000 warrant for battery out of San Bernardino County.  He also has a no bail felony warrant out of Nevada for weapons violations.

Thomas and Almanzor were booked into the Colorado River Station Jail for PC 207 – Kidnapping with bail at $250,000 each.

Tractor-trailer catches fire on I-15 freeway in Fontana