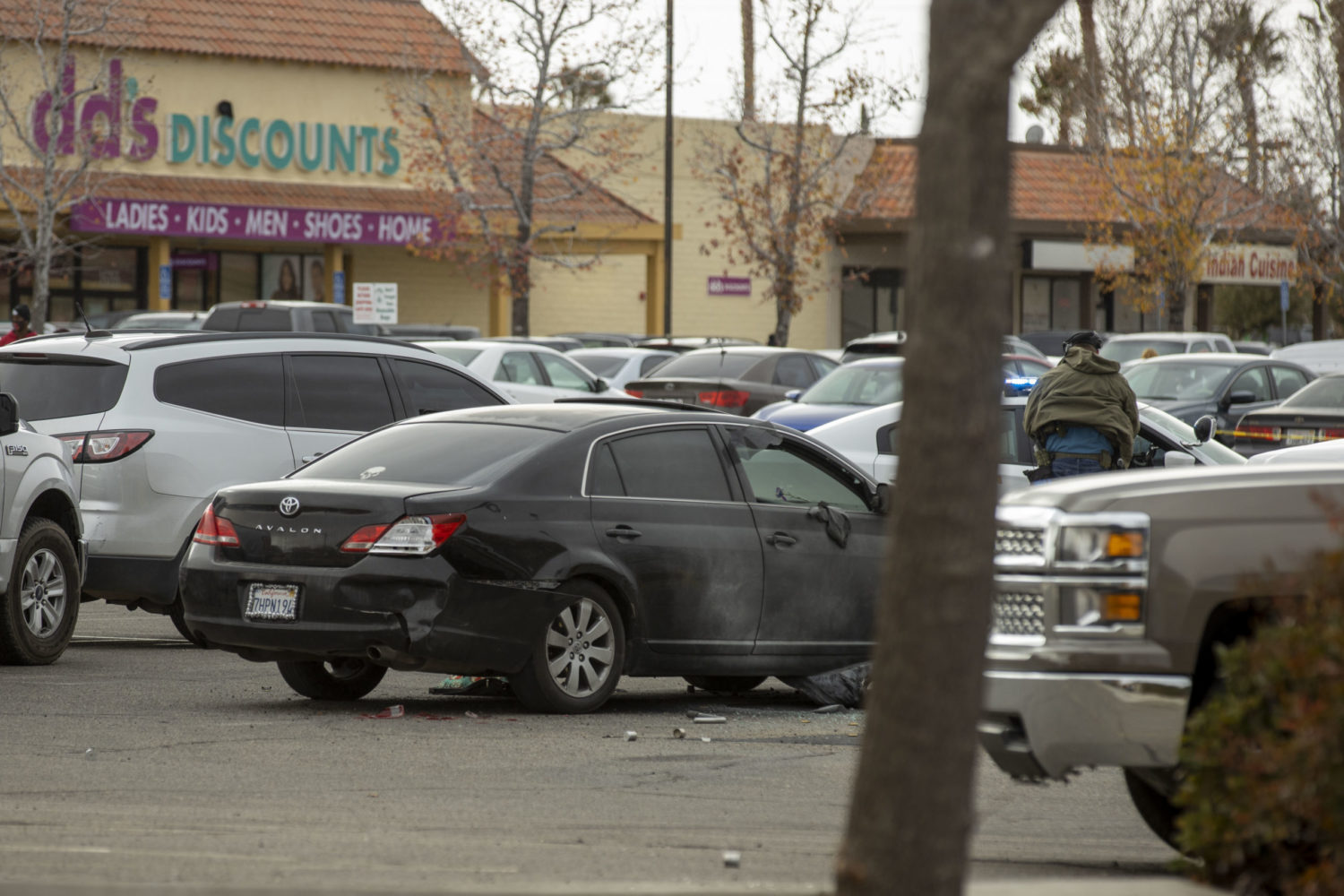 HESPERIA, Calif. (VVNG.com) — A 33-year-old Barstow man wanted in connection to multiple crimes was killed in a deputy-involved shooting on Monday in Hesperia.

According to a sheriff’s news release, the suspect was part of an extensive investigation involving various crimes including attempted murder, residential robbery, and assault with a deadly weapon) in the City of Barstow and the unincorporated area of Barstow.

At approximately 1:30 p.m., Specialized Enforcement Division (SED) deputies tried to contact the suspect in a parking lot in the 15700 block of Main Street.

According to a sheriff’s news release, the suspect was the passenger in a sedan and deputies gave the driver commands to exit the vehicle.

“The driver complied and exited the vehicle, at which time the suspect moved into the driver’s seat,” stated the release. Deputies gave him commands to safely exit the vehicle; however, he ignored their commands and began ramming the deputies’ vehicles. The suspect exited the vehicle, armed with a machete. Deputies deployed less than lethal Blunt Impact Projectile rounds, and the suspect dropped the machete. He then attempted to arm himself with a rifle, and a deputy-involved shooting occurred.”

The suspect was struck by gunfire; deputies attempted life-saving measures; fire personnel arrived on the scene and pronounced him deceased.

Detectives from the Specialized Investigations Division – Homicide Detail responded to the location to conduct the investigation.

Sheriff’s officials said no deputies were injured during the incident and no additional information would be available for release at this time. The name of the suspect is being withheld pending next of kin notification.

The investigation is ongoing, and anyone with information is asked to contact Detective James Tebbetts, Specialized Investigations Division – Homicide Detail at (909) 387-3589. Callers can remain anonymous and contact WeTip at 800-78CRIME or www.wetip.com.