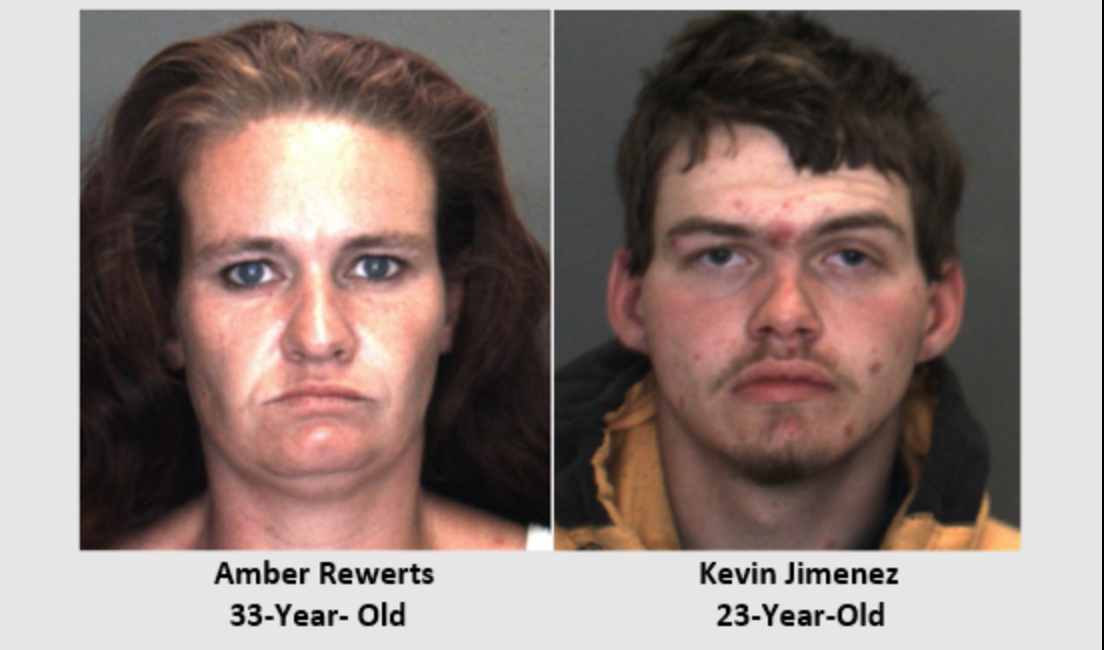 BARSTOW, Calif. (VVNG.com) — A 23-year-old man and a 33-year-old woman from Barstow were arrested for residential burglary after the homeowner returned home and found them inside, police said.

On May 22, 2018, at approximately 6:40 A.M., Barstow Police Dispatch Center received a call to respond to a residence in the 300 Block of North Second Avenue, regarding a burglary in progress.

The victim told dispatch when he arrived at his residence in the morning, he found a male and female inside who he did not know.

Officers interviewed the victim and learned that he left his residence the night prior. He told officers that prior to leaving he made sure that he locked all the doors and windows to the residence. When he returned that morning and unlocked the door, he was shocked to see a male and female inside his residence.

Officers also located several items of the victim’s property that he confirmed was inside his residence at the time he left, stacked in the backyard near the rear fence line. It appeared that the suspects were gathering the property to take it with them.

Officers placed Rewerts and Jimenez under arrest and transported them to the Barstow Police Department.

Anyone with additional information regarding this investigation may contact Officer William Spiller at the Barstow Police Department (760) 256-2211. Those wishing to remain anonymous may also report criminal activity by calling the WE-Tip hotline at 1-800-78-CRIME (27463) or may leave information on the We-Tip website at www.wetip.com.

Pedestrian struck and killed by train Wednesday morning in Victorville