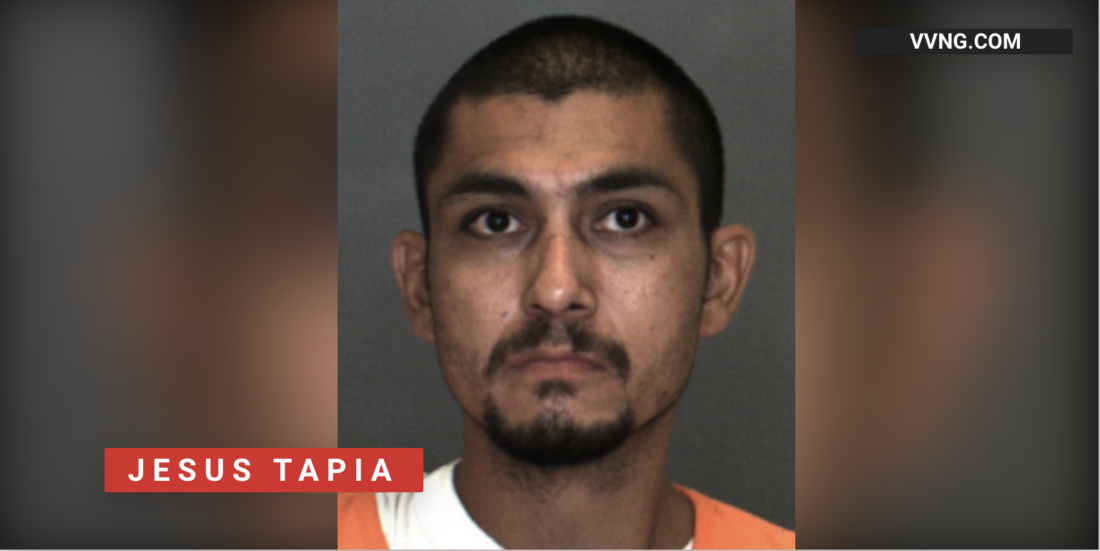 The suspect used a wooden 2x4, poured lighter fluid on her, and attempted to light her on fire. (Barstow Police Department booking photo//VVNG composite)

BARSTOW, Calif. (VVNG.com) — A 30-year-old Barstow man is facing several charges after police said he doused his ex-girlfriend with lighter fluid and then attempted to set her on fire.

On June 19, 2020, at approximately 7:39 A.M., Officer Phillip Ragle from the Barstow Police Department was dispatched to Barstow Community Hospital regarding an assault victim. The 43-year-old female victim reported that her ex-boyfriend, Jesus Tapia, and she were in an argument around 11:00 P.M. the night prior at her residence.

According to a news release, the victim said during the argument Tapia threatened to kill her. “Tapia then assaulted her with a wooden 2×4, poured lighter fluid on her, and attempted to light her on fire,” officials said.

The female victim was able to flee from the suspect and had visible injuries from the assault.

At approximately 9:13 A.M., Officer Ragle located Tapia at his residence, located on the 600 block of E. Buena Vista and obtained a statement from him.

Tapia consented to a search of his residence and Officer Ragle located evidence connecting Tapia to the crime. He was arrested without incident and subsequently booked at the High Desert Detention Center in Adelanto for PC 664/187(a) – Attempted Murder, PC 245(a)(1) – Assault with a Deadly Weapon, PC 273.5(a), and PC 422 – Criminal Threats.

According to booking logs, his bail is set at $1 Million and is scheduled for an in custody arraignment in a Victorville courtroom on June 23, 2020.

Related Topics:barstowjesus tapia
Up Next