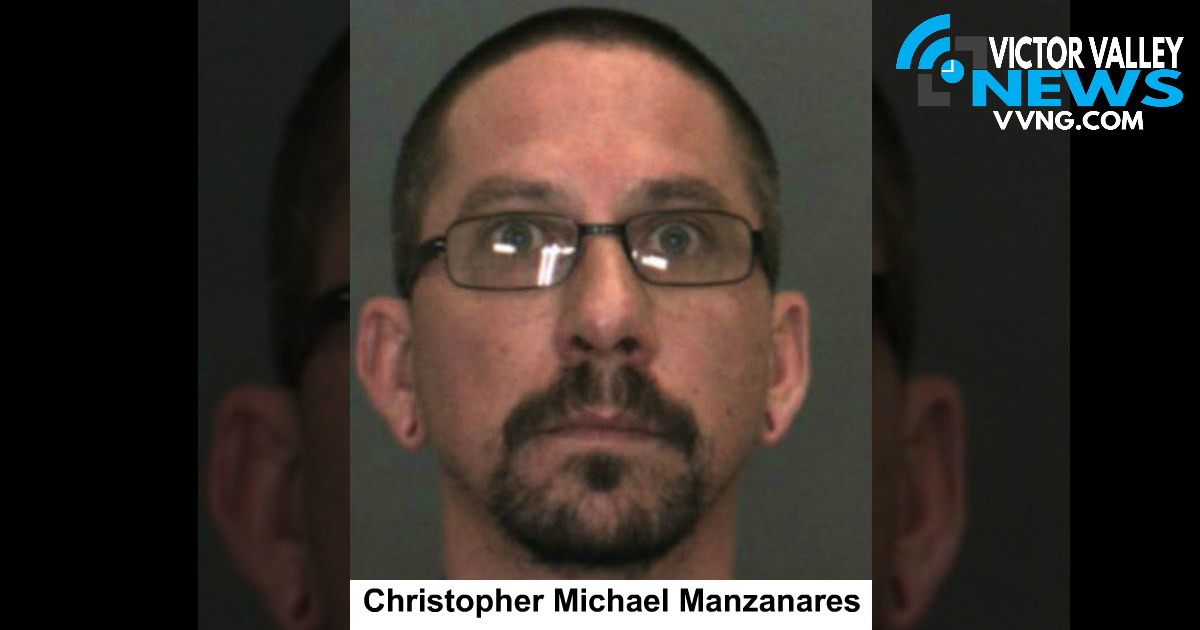 VICTORVILLE, Calif. (VVNG.com)– A 36-year-old Barstow man was arrested for allegedly molesting a young girl and authorities believe there are other victims.

Deputies and Detectives from the Victorville Police Department conducted interviews with the victim and learned the suspect began forcefully engaging in inappropriate sexual behavior with her when she was four years old and continued until she was fourteen. He had threatened to harm her and her mother if she told anyone.

On March 6, 2017, an arrest warrant for Manzanares was obtained, and he was taken into custody at his workplace, in Barstow. He was booked at High Desert Detention Center and is being held on $1,500,000.00 bail. He is scheduled to appear in Victorville Superior Court on March 8, 2017.

A booking photo of Manzanares is being released. Detectives believe there may be additional victims.

Anyone with information about this investigation is asked to contact Detective Dana Weinberg at the Victorville Police Department at (760) 241-2911. Callers wishing to remain anonymous are urged to call the We-Tip Hotline at 1-800-78CRIME (27463), or you may leave information on the We-Tip website at www.wetip.com.