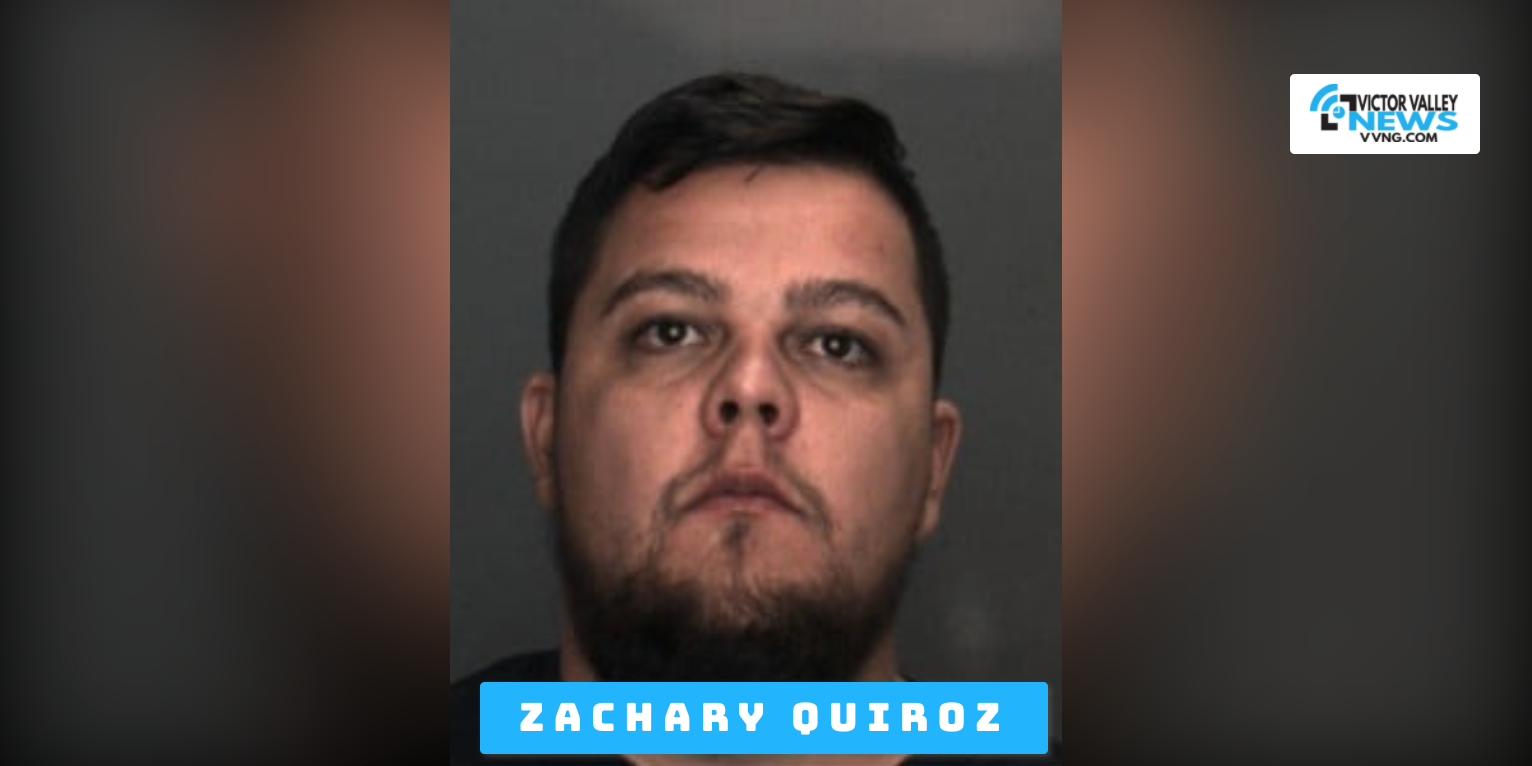 BARSTOW, Calif. (VVNG.com) — A 29-year-old Barstow man has been arrested for having a sexual relationship with a minor, officials said.

On March 14, 2021, Barstow Police Department received a report of a sexual relationship between a male subject later identified as Zachary Neal Quiroz, and a 17-year-old female juvenile.

Detective Catherine Greig assumed the investigation and learned that Quiroz and the victim engaged in an unlawful sexual relationship over a period of several months.

Authorities said during the search of the residence, detectives located several items of evidence linking Quiroz to the unlawful sexual relationship.

Quiroz was arrested and booked at the San Bernardino County Sheriff’s Department Jail in Barstow for PC 261.5(c) – Unlawful Sexual Intercourse with a Minor, PC 287(b)(1) – Oral Copulation of a Victim Under 18, and PC 288.2(a)(1) – Sending Harmful Material to a Minor.

According to booking logs, Quiroz posted bail and was released from custody on May 11th.

Anyone with information regarding this investigation may contact Detective Catherine Greig at (760) 255-5183 or at cgreig@barstowca.org or the Barstow Police Department at (760) 256-2211. Those wishing to remain anonymous may also provide information by calling the WE-TIP hotline at 1-800-79-CRIME (27469) or by visiting www.wetip.com.