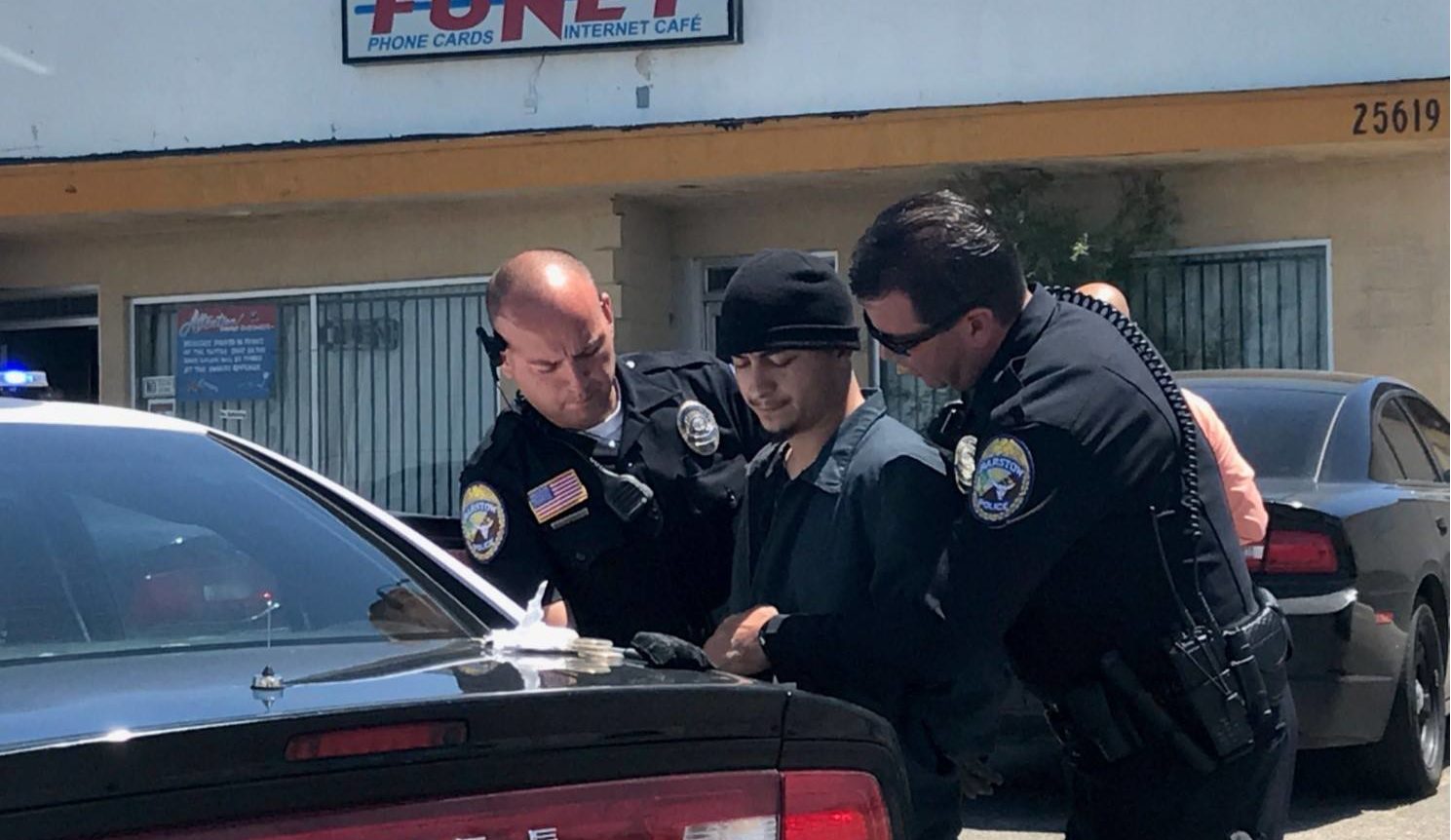 On May 15, 2017, Bennett was riding his bicycle along the 1000 block of East Main Street when he was approached by Raymundo while in his Chevy S10 pickup truck. For reasons still unknown, the two men were involved in a verbal altercation. Raymundo followed the victim and intentionally rammed him with his truck forcing him into a parked vehicle, authorities said.

Raymundo immediately fled the scene, leaving Warner with life-threatening injuries. He was transported to Barstow Community Hospital where he succumbed to his injuries and was pronounced deceased.

Detectives reviewed surveillance cameras in the area and managed to obtain a vehicle plate number. Images of the suspect and his vehicle were released to the public.

On Wednesday, May 17, 2017, at approximately 10:32 a.m. Barstow Police Dispatch received a call from a citizen reporting a truck matching the description of the suspect’s vehicle was in the desert area east of Stringham Park located in the 1600 block of Rimrock Road.

On Thursday, May 18, 2017, at 1:09 p.m., Dispatch received a call from a citizen reporting that a person matching the description of the suspect was inside a business located in the 25000 block of West Main Street. Officers and detectives responded to the area and located a subject matching the reported description.

Sergeant Adam Cortinas contacted the subject and positively identified him as Raymundo Cordova. Sergeant Cortinas placed Cordova under arrest and transported him to the Barstow Police Department Detective Division.

Raymundo Cordova will be booked at the San Bernardino County Sheriff’s Department Jail for PC 187(a) – Murder.

Barstow Police detectives are continuing the investigation. Anyone with information regarding this investigation can contact Detective Tom Lewis at 760-255-5187. Those wishing to remain anonymous may also report criminal activity by calling the WE-TIP hotline at 1-800-78-CRIME or may leave information on the We-Tip website at www.wetip.com.