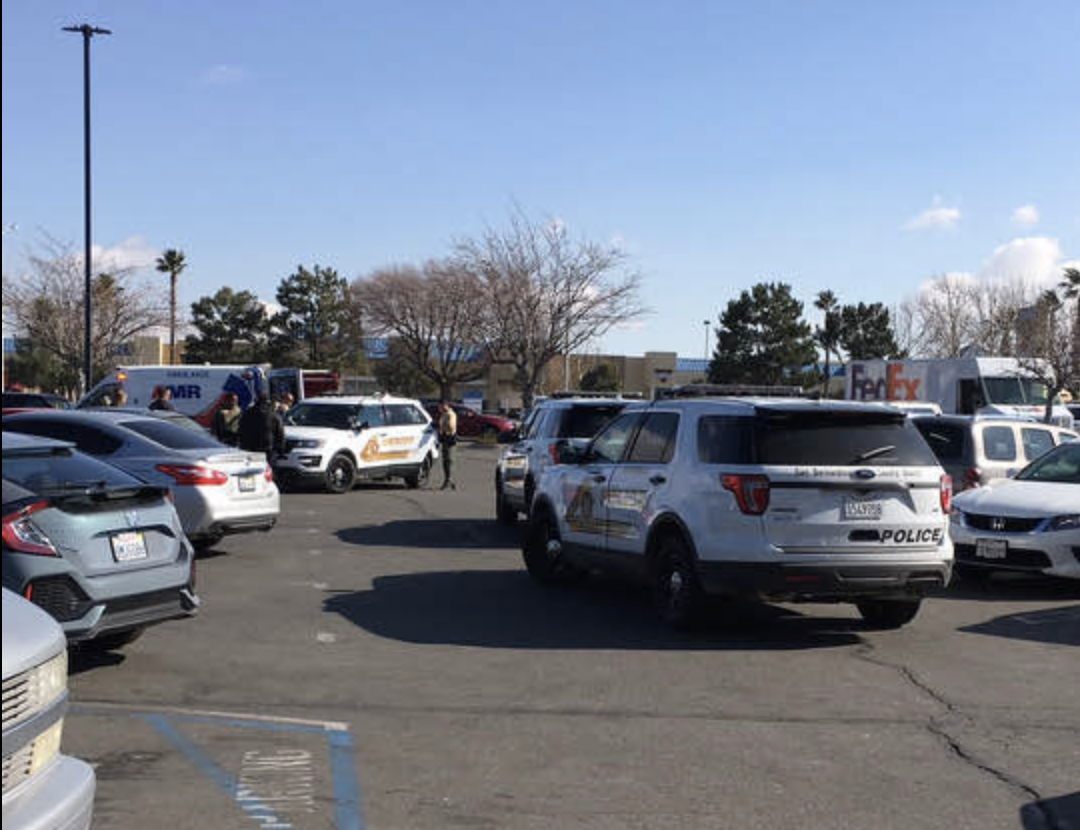 VICTORVILLE, Calif. (VVNG.com) — Michael Earley, a 50-year-old man from Barstow, was arrested for attempted carjacking, assault on a woman, and on a peace officer, officials said.

On Thursday, January 9, 2020, at about 11:30 am deputies from the Victorville Police Department responded to an unknown problem call on Hesperia Road, near Bear Valley Road.

Sheriff’s Dispatch received calls from multiple citizens reporting a Deputy Sheriff was involved in an altercation with a male subject and appeared to need assistance.

Sheriff’s spokeswoman Mara Rodriguez said the involved deputy is assigned to the Barstow Station and had transported the suspect to the Crisis Walk-In Center for treatment after an earlier disturbance call in Barstow.

“After arriving at the Crisis Walk-In Center, the suspect began displaying unusual behavior and ran from the deputy. The suspect approached a female in her car. He assaulted her and got into the car, attempting to carjack the victim. The deputy was able to remove him from the car and the suspect began to run, once again. The deputy gave chase and upon catching the suspect, he became combative with the deputy. Several citizens and the female victim called 911 to report the incident and request assistance, while other citizens attempted to help the deputy,” stated Rodriguez.

Upon arrival, Victorville deputies were able to assist and take the suspect into custody. The suspect was transported to the hospital for treatment and evaluation. He faces charges for attempted carjacking, assault, and assault on a Peace Officer.

The female victim sustained minor injuries and was transported to a local hospital. The deputy had minor injuries. He did not require medical treatment and was able to return to duty.