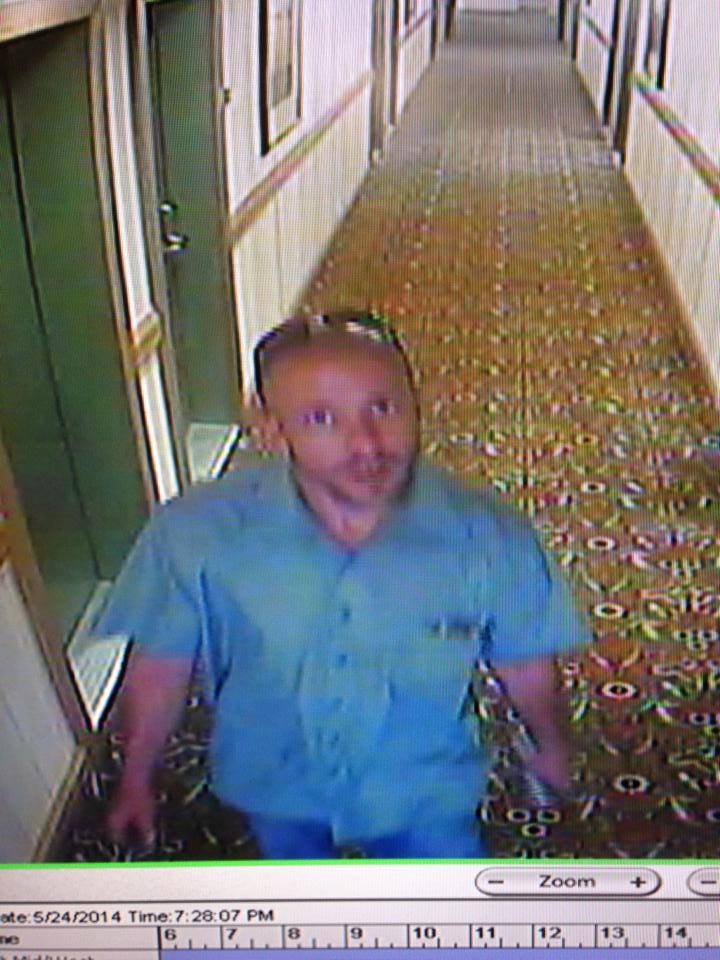 BARSTOW: (VVNG.com)- On Saturday, May 24th at approximately 7:00 p.m., a man walked into Country Inn & Suites Hotel on Lenwood Road, near the Tanger Outlets in Barstow. As he walked into the hotel, the staff greeted him and asked if he needed any help. The suspect said he did not need help because he was just there to visit friends.

Later, the hotel surveillance showed the suspect going from floor to floor in the four story hotel building pulling a tool from his pocket and trying to break into the soda machines. The male suspect was unsuccessful in all his attempts to break into the machine on each floor. He then entered the hotel guest laundry room on the first floor, to steal a load of the guests laundry and exit through the back door. “We were approached by our hotel guest saying that her clothes were missing from the dryer. This is what prompted us to check the surveillance cameras and found him messing with the soda machines.” said General Manager, Alison Cooper.