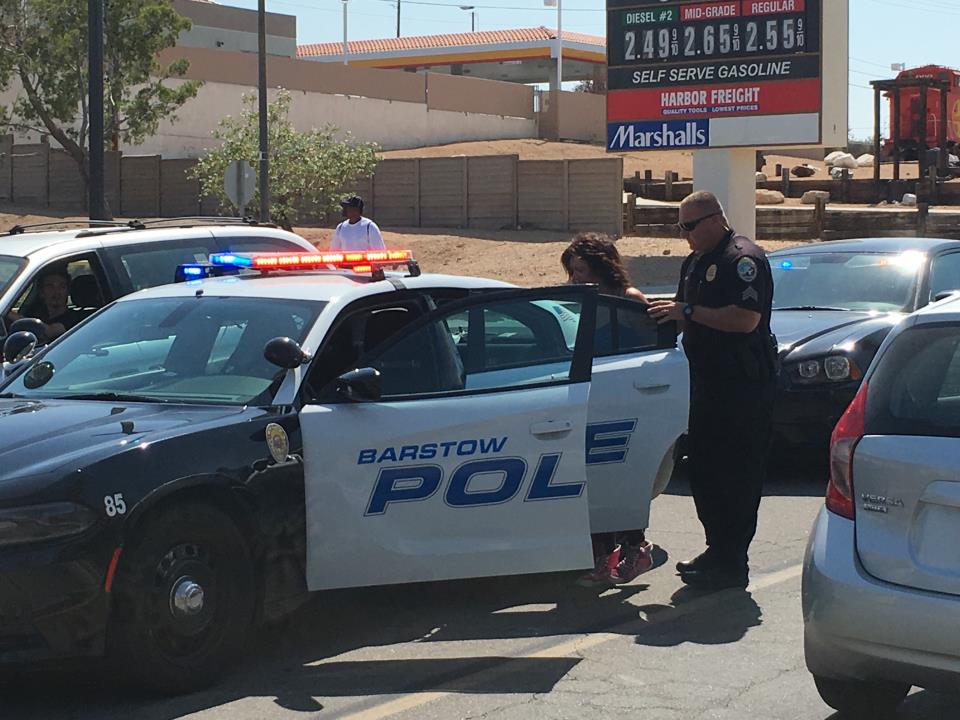 BARSTOW, CALIF:(VVNG.com)- A brave homeowner decided she wasn’t going to let a burglar get away. Police say Brianna Silveira detained the intruder inside her home as police responded to her residence.

On Tuesday, August 2, 2016, at approximately 3:06 P.M., Officers were dispatched to a residential burglary in progress on the 500 block of East Virginia Way.

Officers arrived at the residence at approximately 3:08 P.M. and observed the home owner holding the female, preventing her from leaving. Officers arrested the female and identified her as 42-year-old Desiree Sciortino. Sciortino was found to have an outstanding warrant for her arrest for possession of drug paraphernalia.

The victim told officers that she had been away from the residence for an extended period of time and when she returned she found several pieces of property missing from inside of her residence. The victim reported that she was missing her TV, couch, and stereo.

Sciortino was transported to the Barstow Police Department and interviewed regarding the burglary.

Desiree Sciortino was later booked at the San Bernardino County Sheriff’s Department Jail in Barstow for PC 459 and the outstanding warrant for H&S11364 – Possession of Drug Paraphernalia.

Anyone with further information regarding this incident is asked to contact Corporal Arthur at 760-256-2211. People with information who wish to remain anonymous can contact We-Tip at 1-800-78-CRIME or at wetip.com.

2 in Custody After High Speed Chase in Victorville