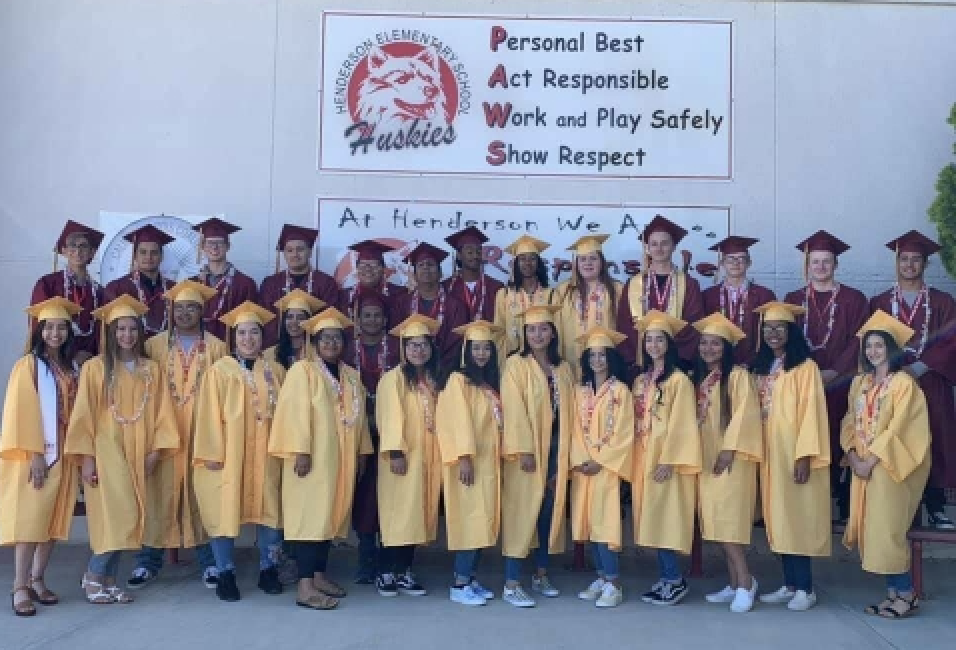 BARSTOW, Calif. (VVNG.com) — It is that time of year at Barstow High School again. The time of year when Barstow Aztecs will wear their red and gold and show their Aztec Pride.

The High School graduation means a new generation of productive adults entering into the community. The Ceremony kicks off at 7PM, Thursday, May 30th, on Langworthy Field.  Over 4000 ticketed guests will witness what has been thirteen years in the making.

“We are very proud.”  Says first-year Principal Vince Williams, “We have an amazing group of seniors. I’m honored to be a small of their High School graduation.

Senior Class President, Madison Enriquez has been planning this as though it were the final leg of a marathon. On the preparation of events, Brienne Vega, Secretary of Activities relates that “Everyone has a job to do and as long as everyone does their specific job things go very smoothly.” From security to weather, everything is taken into consideration.

Last week, graduates visited their elementary schools; a newer tradition gaining popularity. The BHS for the procession will be led off by the Daisy Chain: a group of Juniors who are selected earlier in the year, who will set the tone of the ceremony, carrying the floral arches and accouterments.

Graduation is preceded by two significant events: The Senior Class Luncheon and Senior Sunset. Of the Tuesday luncheon catered by Los Domingo’s, BHS parent April Garrett said: “I like it because I get to see all my son’s classmates together one last time… See some kids that we won’t be seeing for a while because everyone is leaving. It’s very nice. Leaving work and eating lunch with my son. It reminds me of lunch on the lawn from when my son was in elementary school.”

The senior class has also planned a Senior Sunset for May 29th at 6:30 pm There will be an ice cream truck, taco truck, and an opportunity for the class of 2019 to have one last moment together before the big day arrives.