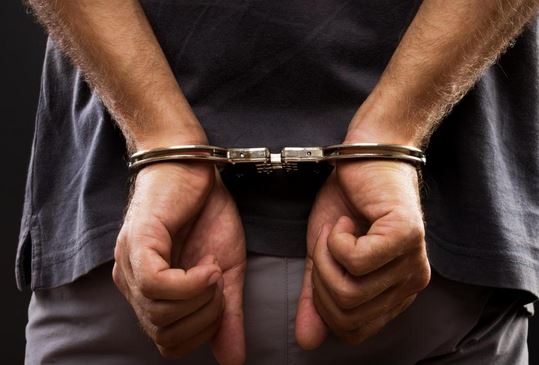 BARSTOW, Calif. (VVNG.com)- A 34-year-old convicted felon was arrested for a slew of charges including possession of a firearm, assault with a firearm, false imprisonment, and domestic violence.

On December 26, 2016, at approximately 4:22 PM, Barstow Police Department Officers responded to a residence on the 800 block of South Second Street reference a report of at least two females being held against their will.

Upon arrival to the residence, one of the females alerted Barstow Police Officers that she needed police assistance. Officers made entry to the residence where Andrew Matthew Ramirez was located hiding in a back bedroom.

Corine Ulloa, 47, and Kimberly Tumlin, 26, both residents of Barstow were held inside the residence against their will by Ramirez for approximately two hours.

With a loaded firearm, Ramirez instructed the women to tell his girlfriend to return to the residence, according to a press release.

Through investigation, Detective Tom Lewis discovered that Ramirez is a convicted felon and restricted from possessing firearms.

Officers from the Barstow station conducted a search of the residence and located a loaded handgun.

According to public court records, Ramirez was booked at Barstow County Jail and is currently being held in lieu of a $200,000 bail. Ramirez is scheduled to appear in a Victorville courtroom on January 5th at 8:30 am.

Anyone with information is asked to contact Detective Lewis at 760-255-5132 or the Barstow Police Department at (760) 256-2211. Those wishing to remain anonymous may also report criminal activity by calling the WE-Tip hotline at 1-800-78-CRIME or may leave information on the We-Tip website at www.wetip.com.