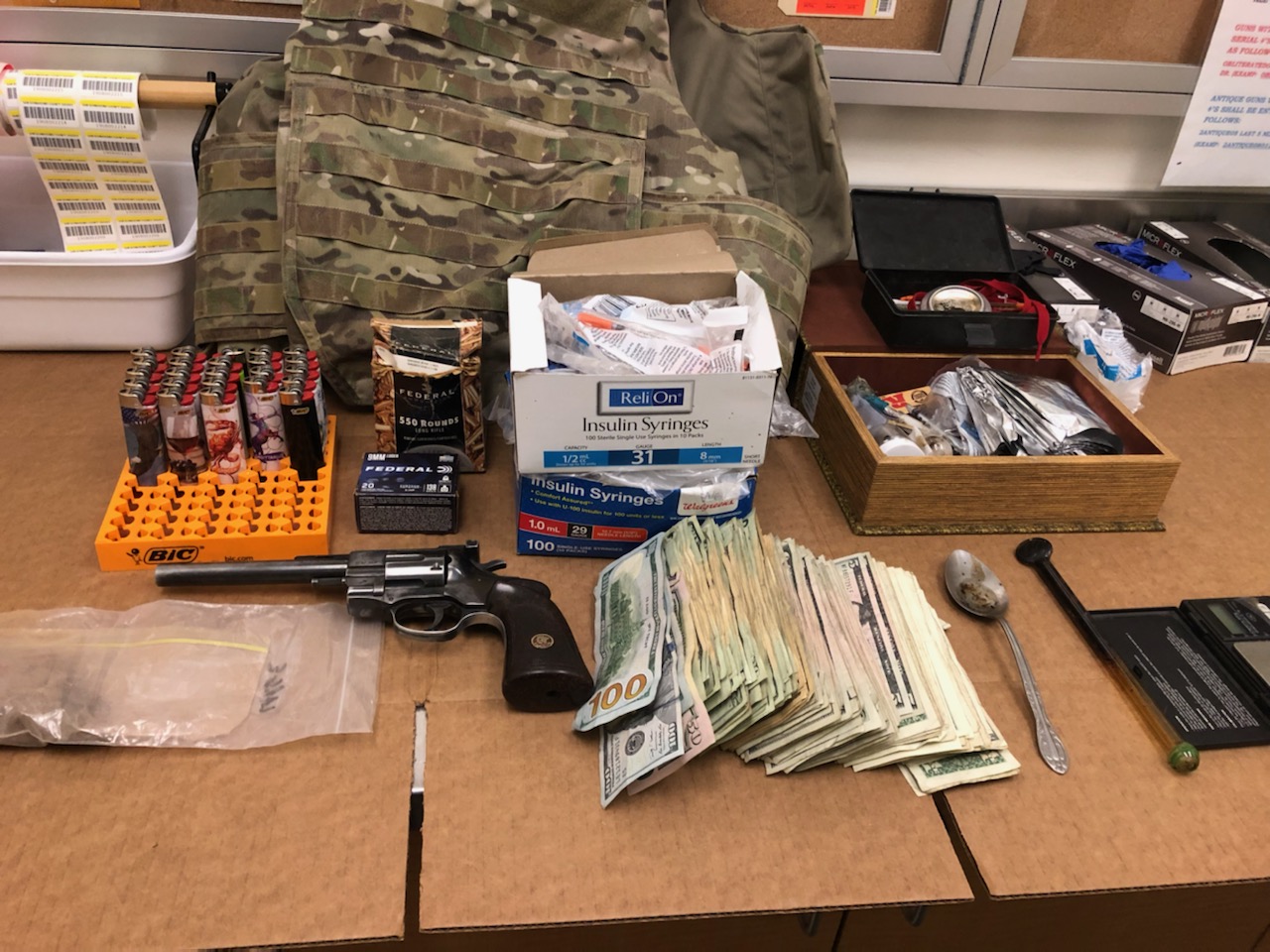 BARSTOW, Calif. (VVNG.com) — Daniel Moore, a 33-year-old resident of Barstow City, was arrested during a traffic stop for possession of heroin for sales, officials said.

According to a sheriff’s news release, deputies showed up at the residence in an attempt to locate Moore for an outstanding felony warrant.

While conducting a search inside the residence, the deputy located Moore and detained him. A search warrant was obtained to search the property.

“The San Bernardino County Probation Department responded with the use of their narcotic detection K-9 unit. Barstow Fire Department responded to assist with opening a safe. The search resulted in locating suspected heroin, drug paraphernalia, a firearm, ballistic vest, boxes of ammunition and counterfeit bills,” stated the release.

He is scheduled for arraignment inside a Victorville courtroom on October 8. 2019.