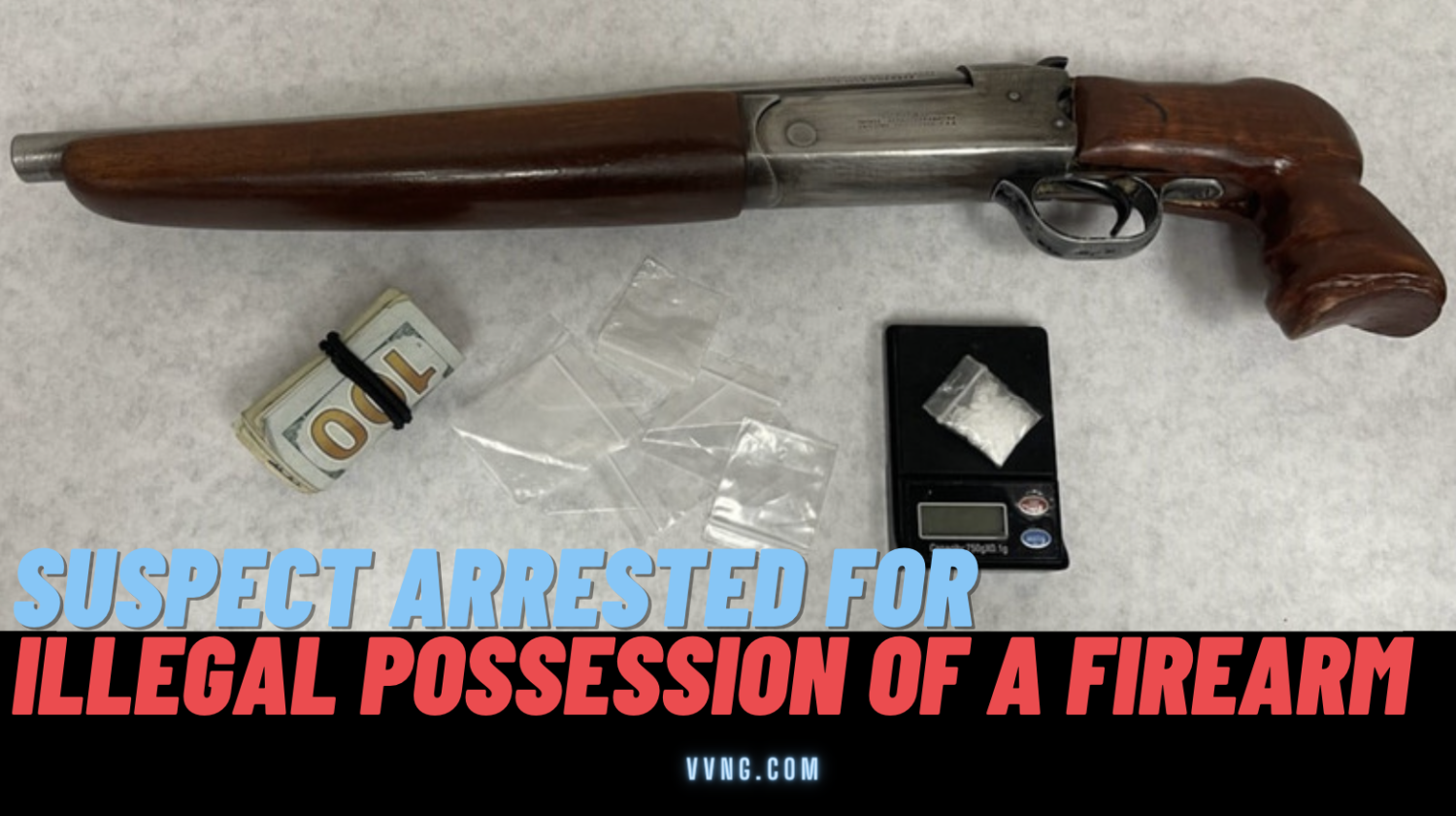 BARSTOW, Calif. (VVNG.com) — A previously convicted 40-year-old felon is back in jail after he was arrested following a raid at his residence where they located a shotgun and meth, officials said.

On January 1, 2022, Officer Bryce Carson with the Barstow Police Department started his investigation after learning that a male, later identified as Jose Valenzuela, was selling Methamphetamine from a residence in the 100 block of West White Street in Barstow.

A search warrant was obtained for the location and on January 3rd at about 12:19 pm, Valenzuela was standing outside of his residence and was detained by Officer Carson.

“During the search, officers located a sawed off .410 shotgun, a quantity of methamphetamine, numerous small plastic baggies, a scale and several hundred dollars in various denominations,” stated a Barstow Police Department news release.

Anyone with information regarding this investigation may contact Officer Bryce Carson at (760) 256-2211 or at bcarson@barstowca.org. Those wishing to remain anonymous may also provide information by calling the WE-TIP hotline at 1-800-79-CRIME (27469) or by going to www.wetip.com.