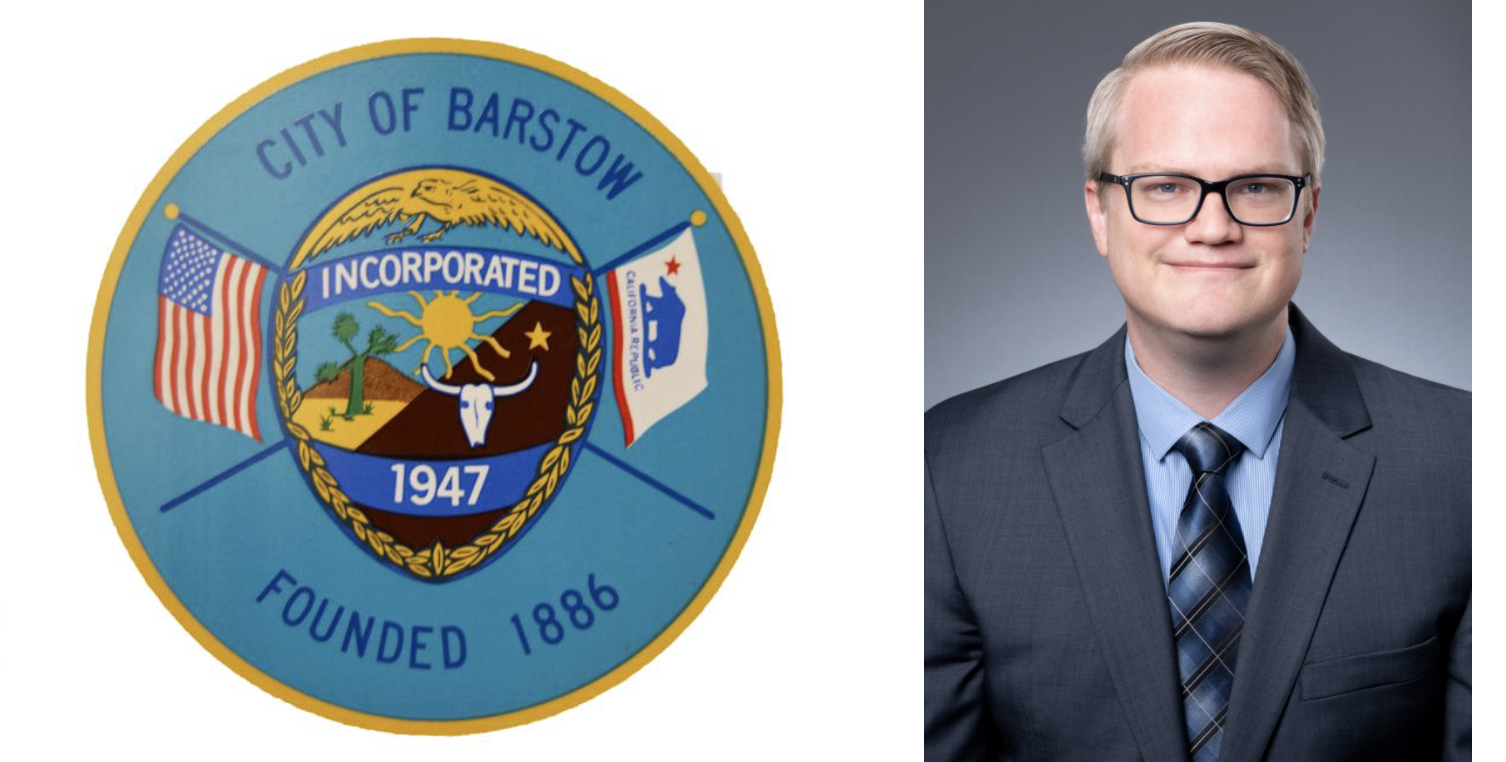 BARSTOW, Calif. (VVNG.com) – Barstow City Attorney Matthew Summers was named to the prestigious “Top 40 Under 40” of California lawyers by the Daily Journal Corporation, publisher of California’s leading legal trade paper. The annual list honors just 40 leading lawyers of the nearly 6000 practicing attorneys under the age of 40 in California. Honorees are selected from hundreds of nominees in all legal fields across the state.

The Daily Journal highlighted Summers’ work on behalf of Barstow, Ojai, and Calabasas, including successfully helping city staff, the council, residents, and local small business owners to manage and recover from the Great Recession; navigate the rapidly shifting, federal, state, and county regulations related to the COVID-19 pandemic; and implement complex cannabis regulations in the wake of Proposition 64, the 2016 voter initiative that legalized adult use of recreational marijuana.

Summers, a 2011 graduate of California’s oldest law school, the University of California, Hastings College of the Law, noted that the pandemic has posed particularly challenging legal questions.

“Many of the rules being forced on us by the state and federal government didn’t make sense,” said Summers. “We dusted off 100-year-old case law and used templates from wildfire emergency declarations to try and bring some sense of calm and order to the chaos. Eventually we realized that we didn’t have ready-made solutions and that we were going to be forced to be creative, adaptive, and build the ship while we were sailing it.”

Complicating matters was the reality that unlike some larger cities, Barstow does not have a full-time City Attorney. Rather, Summers’ firm, Colantuono, Highsmith & Whatley, PC, split time, and expenses by serving multiple cities, counties, and special districts. As an active leader and chair / executive committee member for several League of California Cities committees, Summers used the structure of his position as an advantage by learning from the best and most effective practices in each city he and his colleagues represent.

“I’m honored to be recognized for my work on behalf of cities across California and humbled to serve such incredible communities as Barstow, Calabasas, and Ojai” he said. “Each of these cities has a rich history, diverse culture, and an inspirational population of residents and elected officials who believe whole-heartedly in serving their community. I’m proud to work with these great leaders and serve cities that tirelessly pursue a better future for the next generation while respecting and preserving important pieces of the past.”

Highway 395 in Victorville closed due to fatal crash investigation

Christopher Nuñez Appointed to AVUSD Board of Trustees