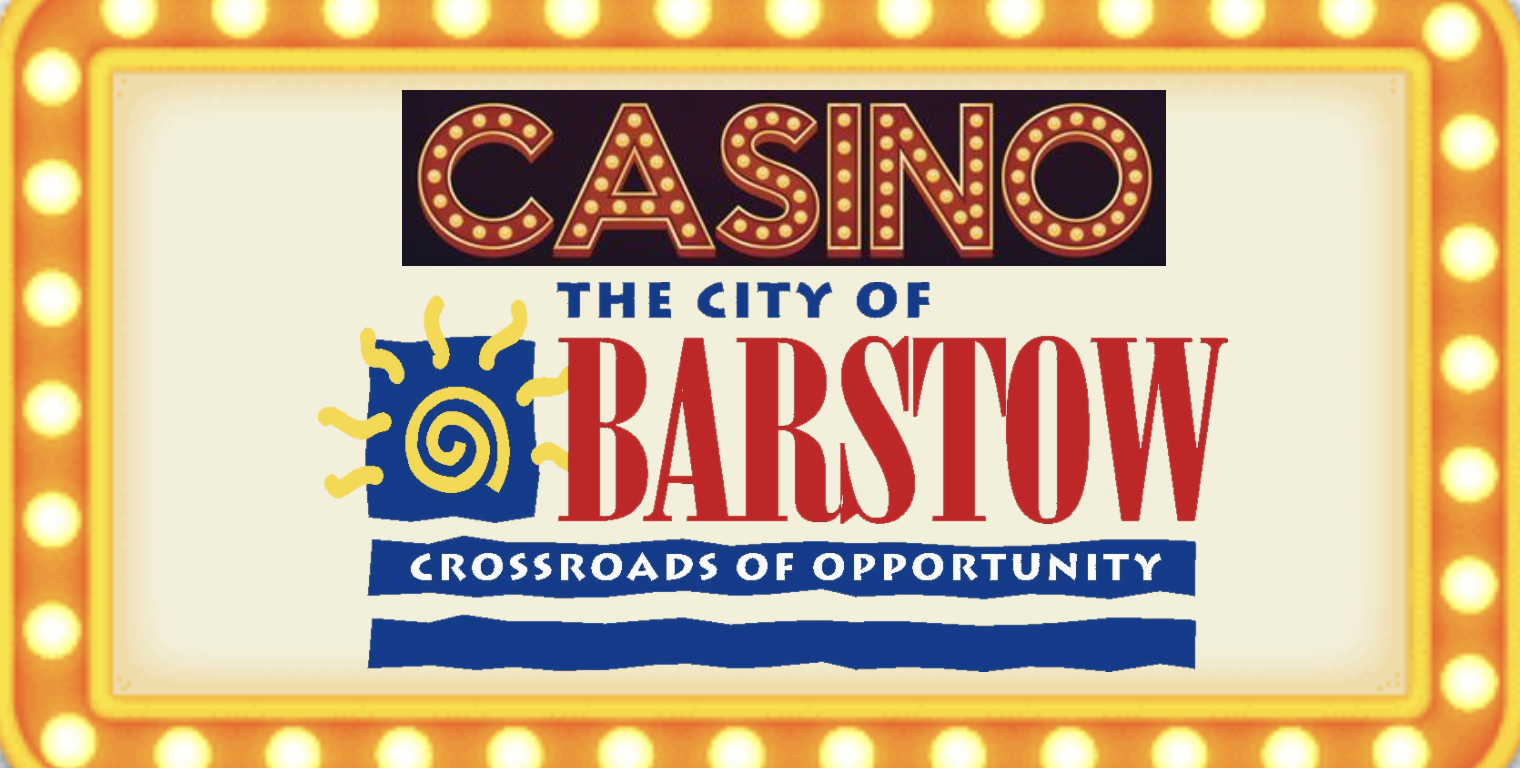 BARSTOW, Calif. (VVNG.com) – A Barstow casino is one step closer to becoming a reality after council members voted 4-1 to update a service agreement with the Chemehuevi Indian Tribe during Monday night’s council meeting.

“Staff had been negotiating with the Chemehuevi Indian Tribe over the placement of a casino and resort within the City since 2004/05, and on November 30th, 2005 former City Council Members adopted the initial Municipal Services Agreement (MSA).

According to a news release, the Tribe re-initiated discussions with now Interim-City Manager Dr. James Hart in March/April 2021 to update the MSA and re-establish their commitment to build their casino and resort.

“It has been a pleasure working with the Tribal team and I look forward to Barstow receiving all the benefits that will accrue once the casino and resort are built,” stated Interim City Manager Dr. James Hart.

The Chemehuevi Tribe owns a 40-acre parcel inside the City limits, and is a federally recognized tribe of the Chemehuevi people who have a reservation in San Bernardino County; the Tribe owns and operates the Havasu Landing Resort Casino and Hotel near Needles, California.

“We are here today not as individuals or a corporation, but as a sovereign nation who believes that a casino in Barstow would be great for the Tribe and City,” stated Kostan Lathouris, Federal Indian & Tribal Law Attorney and Tribal Council Member. “We have a historical connection to the land and archeological evidence that was found as far back as 1993…we are committed to establishing gaming on this land, and advancing job growth throughout the region.”

The Municipal Services Agreement addressed several matters associated with the development of the casino and hotel.

Under the Agreement, the Tribe acknowledged that the development would need City services such as police and fire protection, which the Tribe agreed to compensate the City as well as dedicating 2 acres of land and paying 50% of the construction and operation costs for a new fire/police station on the parcel.

In addition the Tribe agreed to pay for 50% of a new EMS vehicle for the City and stressed the importance of a hiring preference to Barstow residents by providing training to assist residents in securing a position.

“I am proud of our City Manager and staff in facilitating the new MSA with the Chemehuevi Tribe,” stated Mayor Paul Anthony Courtney. “The City of Barstow has been ready for some time to finally move this project forward, and tonight was another step in further expanding economic development and job growth for our residents and the region. I stand firm in my commitment to work with any fellow councilmembers in attracting new development projects that will improve the economic decline of last decade and build a better future for our residents and families.”

Van catches fire on NB 15 freeway in the Cajon Pass