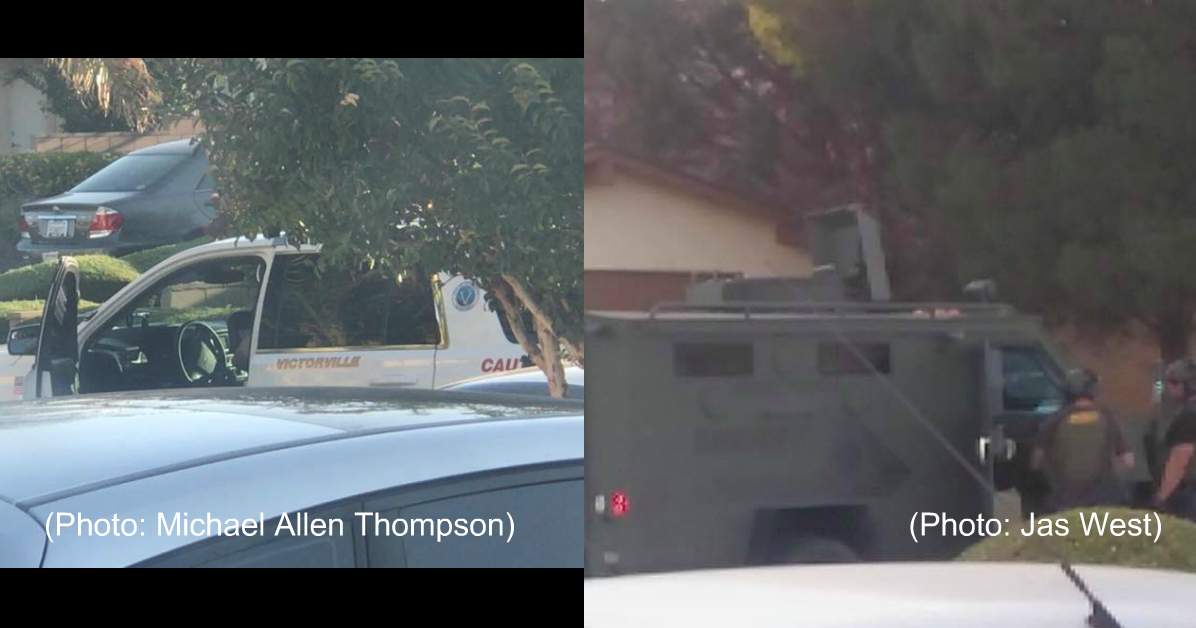 VICTORVILLE, Calif. (VVNG.com) A man barricaded inside a home prompted evacuations and a standoff with sheriff’s officials Monday evening.

At about 5:05 p.m., deputies responded to the 13300 block of Alta Vista Drive in the Spring Valley Lake community reference a man shooting a gun into the air from his driveway, per scanner traffic reports.

According to sheriff’s officials, the barricaded suspect was believed to be armed. A sheriff’s aviation helicopter responded to the scene and announced commands over the intercom asking for those inside to “come out the front door”.

Approximately 20 minutes into the standoff, several people from inside the residence came out with their hands up.

Officers with the Sheriff’s SWAT team responded in full tactical gear and by 7:25 pm, they had entered the home and cleared it.

According to unconfirmed reports, the person seen firing the gun into the air is in custody.

Sheriff’s officials have not released any further information regarding the incident. Information will be updated as it becomes available.

Adelanto to host state of the city event; community invited

Money, guns, and drugs recovered from home of convicted felon