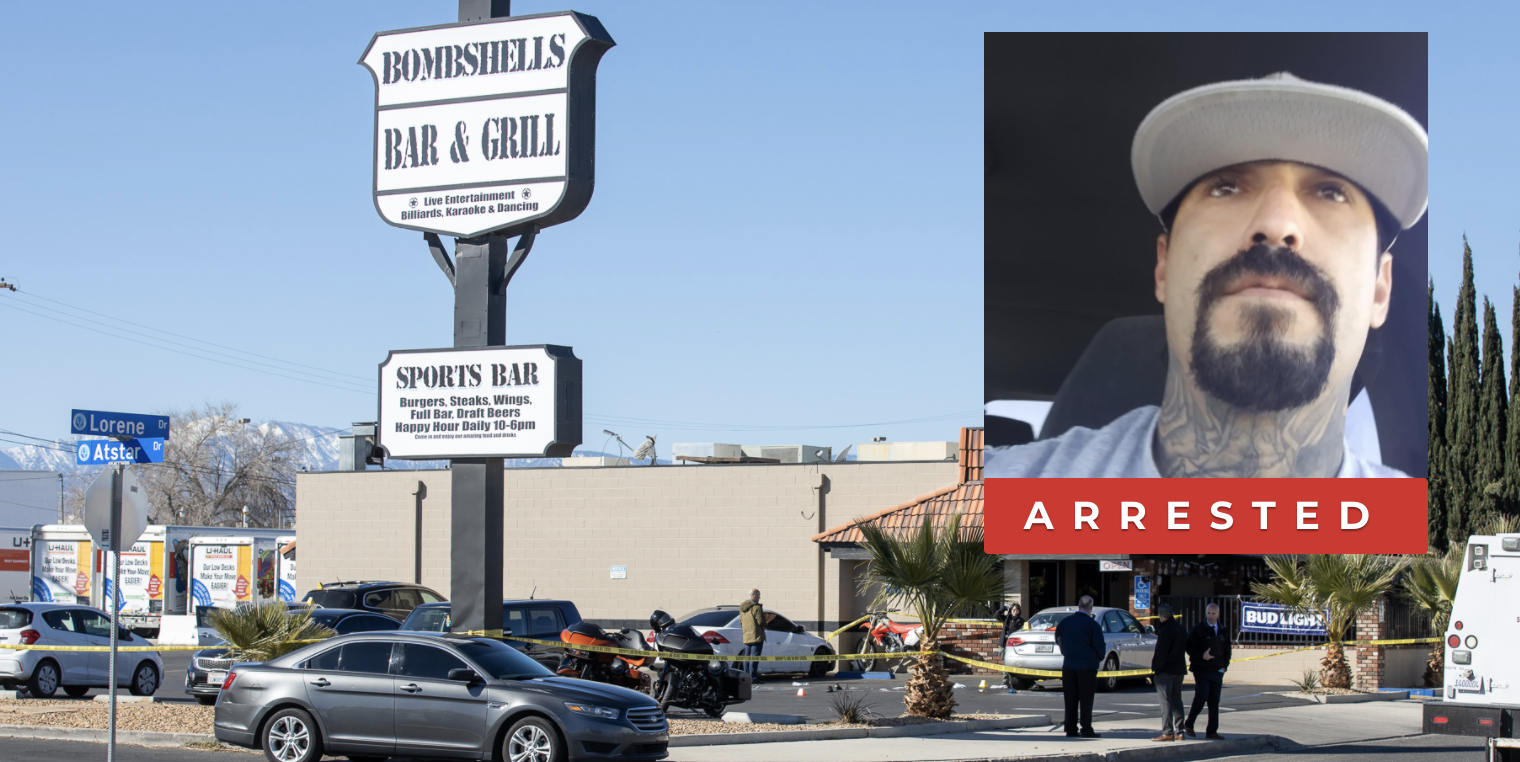 VICTORVILLE, Calif. (VVNG.com) — A barback who was killed after being stabbed outside Bombshells Bar and Grill in Victorville was identified as 31-year-old Brian Lopez.

Witnesses say Lopez was attempting to break up a fight in the bar parking lot that occurred between two women when he was stabbed by 40-year-old Rick Anthony Magana, a local resident of the Victor Valley.

Despite life-saving measures, Lopez was pronounced deceased at a local hospital, officials confirmed.

Magana was arrested on Lorene Drive in Victorville and is currently being held at the Adelanto Detention Center with no eligibility for bail, public records show.

Friends and family on social media are remembering Lopez as a nice guy and a great father.

“This wonderful man was taken away from me and his 6-month old son. Brian was a great man, he loved his family. He worked hard to help provide for our son Sage. He loved being a dad and he would do anything for anyone. Anyone who knew him was lucky to meet him,” stated his girlfriend Sammy.

“Rest easy Brian… only knew you for a little while but your presence was awesome!! You always look out for me when I was at Bombshells, we played pool, we talked and laughed, you were a solid friend… you always made sure I was walked out to my car and safe…” stated Barber Linda via Facebook.

Jenn Sargent, the owner of Bombshells Bar and Grill said the location would remain closed throughout Sunday night, but said a fundraiser at the bar is being planned in the near future to assist Brian’s family.

The San Bernardino Sheriff’s Homicide detail has not released any additional information at this time.

RELATED ARTICLE: Employee killed after fight outside Bombshells Bar and Grill in Victorville