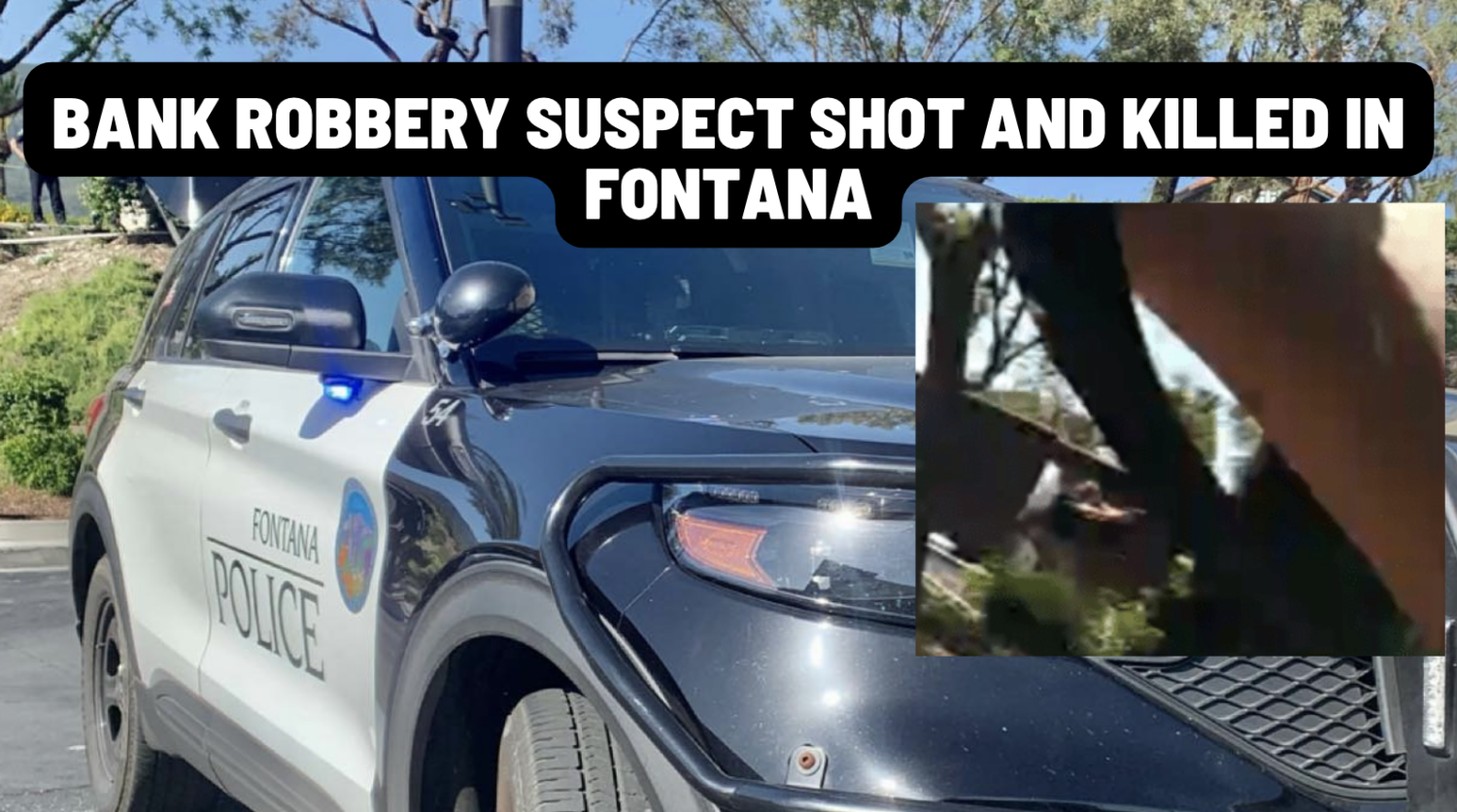 On April 7, 2022, at approximately 1:30 pm, the Fontana Police Department received multiple calls regarding a robbery in progress inside the Bank of America located at 15092 Summit Avenue.

Additional callers also reported the robbery suspect had fled the bank and was possibly inside the Wendy’s, located at 15110 Summit Avenue.

The suspect was described as an approximately 30-year-old white male wearing a mask and armed with a black handgun.

According to a news release, “multiple officers arrived in the area to look for the suspect. Once officers had arrived, FPD Dispatch received information the suspect was inside the Wendy’s, still armed with a gun. As officers surrounded the location, the suspect came out and ran inside a block commercial trash enclosure.”

Several officers surrounded the enclosure and ordered the suspect to surrender.

The suspect refused multiple commands and ran out of the enclosure while holding a black gun with both arms extended in a shooting position pointed directly at officers.

Multiple officers fired, and the suspect was hit with an unknown number of bullets. Officers immediately rendered aid, but the suspect was pronounced dead at the scene by San Bernardino County Fire Department paramedics.

“A large amount of US Currency was found in the trash enclosure. Additionally, the gun recovered at the scene was found to be a replica firearm,” stated the release.

No officers were injured during the incident and the identity of the suspect remains unknown at this time.

Based on California Assembly Bill 1506, the California Department of Justice was also contacted and responded to take part in the investigation.