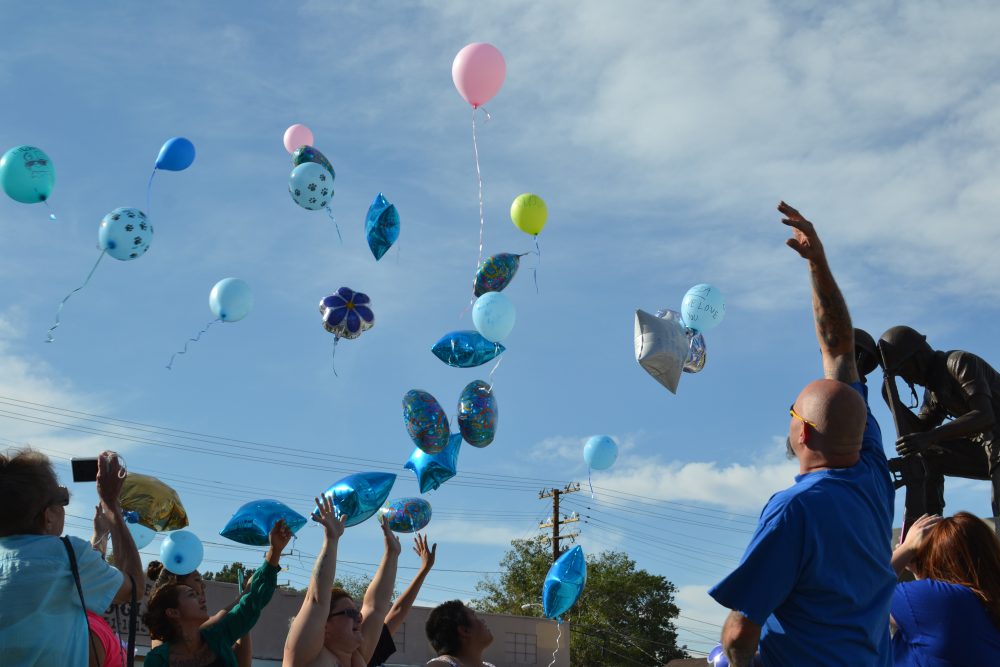 VICTORVILLE:(VVNG.com)- Nobody is ever prepared to lose a loved one, especially if that loved one was taken from this life prematurely.

Family members and close friends of Sofia Adams gathered at the Victorville Veterans Memorial to honor the one year anniversary of her death. Adams was murdered in her duplex unit on the 15500 block of Hesperia Road on June 9, 2015.

Despite new leads on the case late last year, no arrests have been made.

“We just want answers,” Frank Anthony Adams said wistfully as he awaited the arrival of the helium tank and balloons. The absence of answers has taken its toll on friends and family members.

“They haven’t even released her autopsy report,” Maria Monrreal, Sofia Adams’ mother, stated. There’s no closure with no autopsy report or answers, which is all that family and friends want.

The balloon release ceremony was a touching way to keep Adams’ memory alive and to raise awareness of her unsolved murder. The murderer(s) have yet to be brought to justice.

Anyone with information is urged to contact Detective Adam Salsberry or Sergeant Robert Warrick at (909)387-3589. Callers wishing to remain anonymous are urged to call the We-tip Hotline at 1-800-78-CRIME (27463) or you may leave information on the We-Tip website at www.wetip.com. 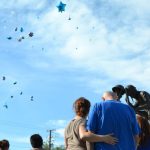 Frank Adams being comforted by his girlfriend as the balloons float away in the gentle breeze. (Photo by Diana Cabral, Victor Valley News) 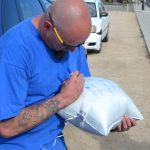 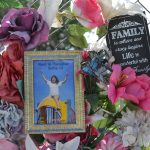 Memorial of Sofia Adams near the duplex in which she previously inhabited. (Photo by Diana Cabral, Victor Valley News)

Man Leaves Scene of Crash With Kids in Car