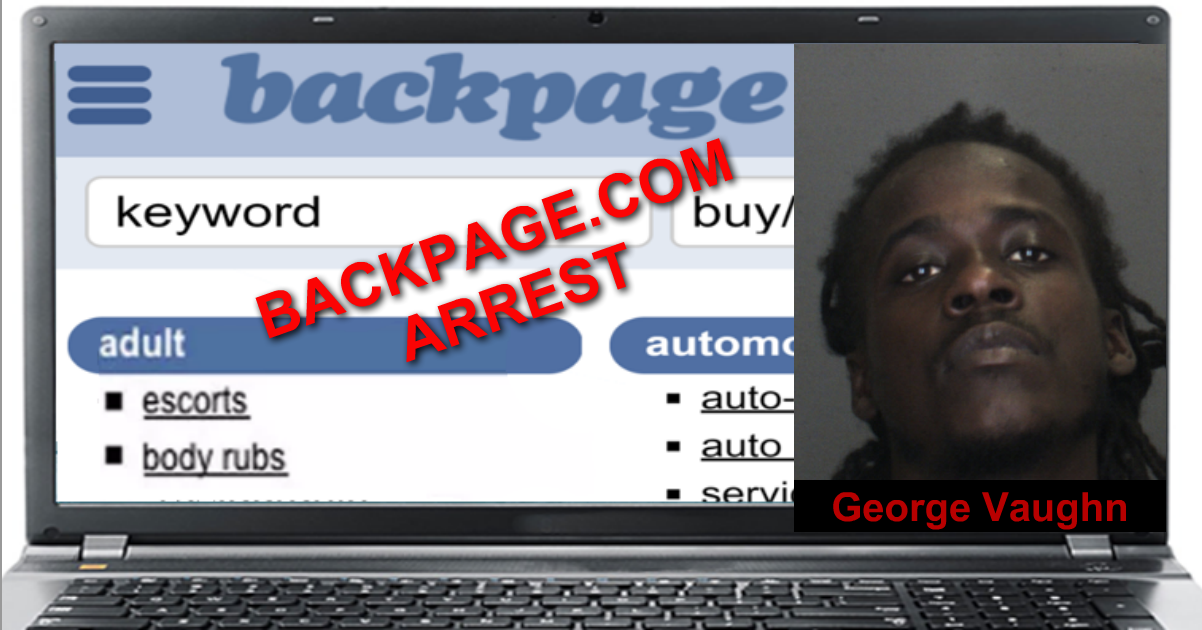 On July 13, 2017, members of the San Bernardino County Human Trafficking Task Force began surveillance of a suspected 17-year-old victim involved in the commercial sex trade. Investigators discovered that the victim was posted on “backpage.com”, advertising for prostitution.

Investigators contacted the victim and she agreed to meet with them at a motel on the 1100 block of East Main St. in the City of Barstow.

Surveillance was conducted on the room the victim provided and a male suspect, later identified as George Vaughn, was seen leaving the room. Vaughn returned to the room while investigators were interviewing the victim and placed under arrest.

This investigation is ongoing. Investigators believe there are other unidentified victims related to this case and are asking that anyone with information related to this investigation, please contact the San Bernardino County Human Trafficking Task Force at (909)387-8400. Anyone wishing to remain anonymous may contact We-Tip at 1-888-78-CRIME or you may leave information on the WE-Tip Hotline at www.wetip.com.