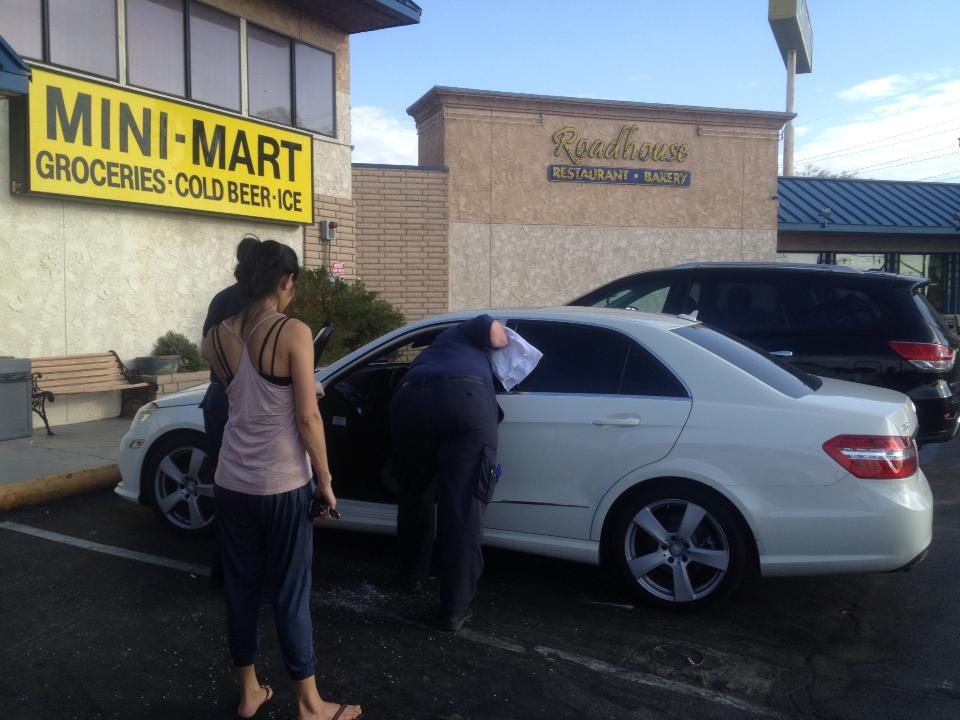 (VVNG.com)- On July 5th, at approximately 5:52 p.m. there was a report of a 10-month-old child locked inside a vehicle in the parking lot of a Circle K at the Kramer Junction area near the intersection of Highway 395 and Highway 58. Temperatures at that time of day were close to 100 degrees.

According to scanner traffic, the baby was inside the locked vehicle for approximately 10 minutes when bystanders at the scene decided to break the window to free the child. An unidentified source who was at the scene states, “the child was not left unattended, the parent was standing in front of the car. A second adult sitting in the passenger side got out to use the restroom and accidentally locked the door as she got out. Parent watched as this happened and immediately called 911. After being told how long it would take to get units to the location, parent asked bystanders to find something to break the window”. Child was never in danger and still wanted child to be checked by paramedics.

The baby was uninjured due to the quick action of those at the scene.

An ambulance arrived a short time later to check and clear the baby before allowing the mother to be on her way. The incident was determined to be an accident and the mother was not charged. Accidents can easily happen and even the best parents can forget a child in the back seat. Here are some important things to remember.

DON’T BE AFRAID TO ACT – States have “Good Samaritan” laws that protect people from lawsuits for getting involved while helping a person in an emergency.