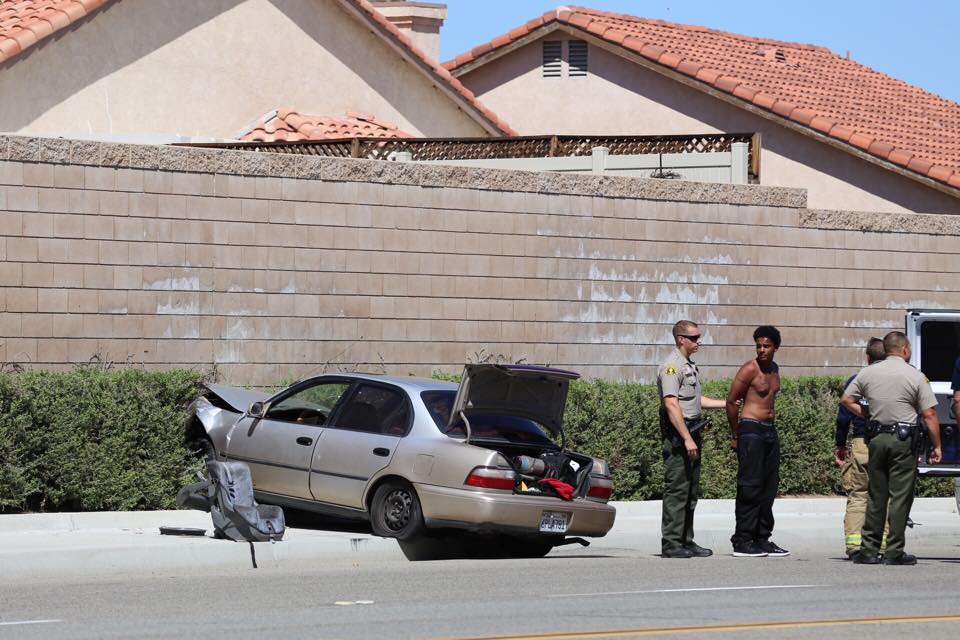 VICTORVILLE-(VVNG.com): On Sunday, September 3rd at about 11:20 a.m. a tan Toyota Corolla for crashed into a brick wall, on the west side of Amethyst Road, just south of Mojave Drive.

According to authorities, the female was driving the vehicle and at the time, 20-year-old Eugene Hasson was the passenger of the vehicle. “Hasson grabbed the steering wheel causing the vehicle to swerve out of control. The vehicle went across the roadway and struck a block wall,” said Sgt. Dave Burgess.

Witnesses reported the loud crashing sound followed by screaming.” It sounded like a bomb went off behind my house, all the individuals in the car got out and were fighting,” said Anthony Saldana. Saldana also said that the car seat was removed from the trunk, but never got it into the vehicle because they were “too busy fighting”. Hasson initially left the scene, but returned a short time later.

A small male child was not believed to be secured in a car seat at the time of the crash and although witnesses say he had no visible injuries. A air ambulance was requested for the toddler, but was later cancelled. The pregnant mother and the toddler boy went by ground ambulance to St. Mary’s Hospital in Apple Valley as a precaution.

The incident is being investigated by the San Bernardino County Sheriff’s Department, Victorville Station. There is no further information at this time, information will be updated as it is received. 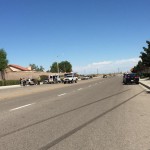 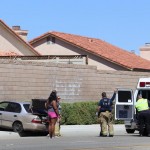 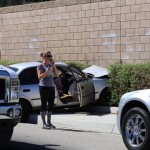 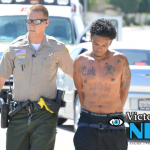