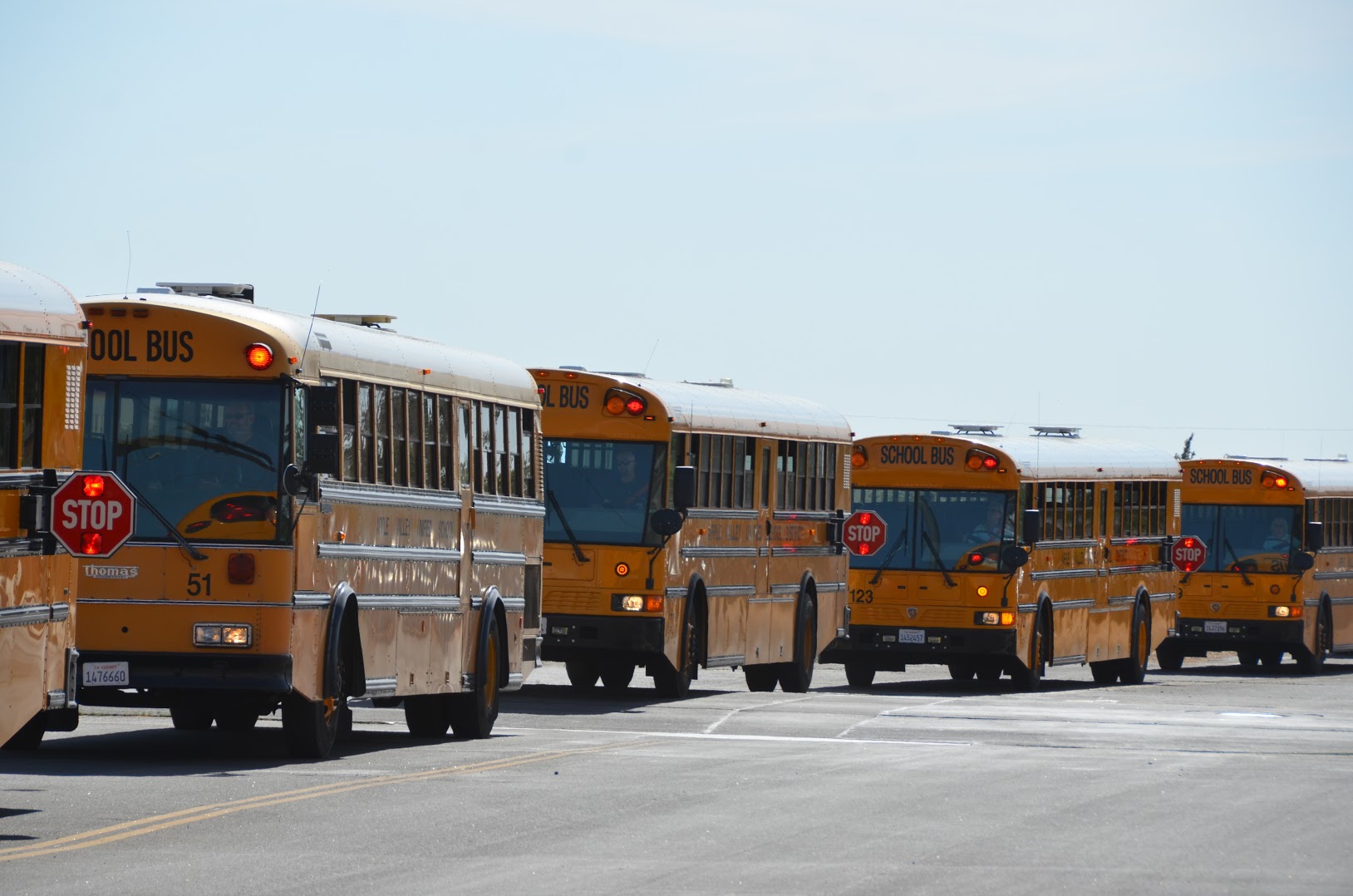 APPLE VALLEY, Calif: (VVNG.com)- A bus driver with the Apple Valley Unified School District was charged with willfully cruelty to a child after leaving a special-needs student abandoned on a bus for about an hour.

On Tuesday, August 23, a preschool special-needs student was discovered to have been left on a bus at the end of the school day, district officials said.

“Another bus driver discovered the student approximately an hour after the bus route had concluded,” stated District spokeswoman Kristin Hernandez.

District officials immediately contacted the San Bernardino County Sheriff’s Department and are cooperating with their investigation.

According to sheriff’s spokeswoman Trish Hill, 32-year-old Tiffeny Beatrice Avery, a resident of Victorville, was arrested on August 23rd in the 22900 block of Bear Valley Road in Apple Valley and booked into the High Desert Detention Center. Avery was booked under PC273A(A)- when an individual (a) places a child in a dangerous situation, or (b) allows a child to be placed in a dangerous situation without taking measures to protect the child.

As of August 24th, Avery is no longer in custody and there is no court appearance scheduled.

“Thankfully, the student was unharmed. Parents were immediately contacted and the child was taken home. The student is now back in school and using district transportation,” stated Hernandez.

District spokeswoman Kristin Hernandez said A refresher training course was held the following morning to reiterate the district’s transportation procedures. Further measures have been put into place to ensure that this does not happen again.

“Words cannot express how dismayed we are that this occurred and how seriously we are taking this incident. The safety of our students is our top priority. The bus driver has been placed on administrative leave and we will continue to work with law enforcement to ensure that appropriate measures are taken.”

In September of 2015 the city of Whittier, CA made the news after Hun Joon ‘Paul’ Lee a 19-year-old autistic student died when he was accidentally left on a school bus for many hours on a hot day.

The tragedy sparked a legislative movement, SB 1072 to ensure these type of things don’t happen again.

SB 1072 would require all school buses in California to be equipped with child-safety alarm systems. The legislation would also mandate school bus drivers to receive training in child safety check procedures when they apply for their annual school bus driver safety certificate.

As of July of SB 1072 better known as “The Paul Lee School Bus Safety Law” has successfully moved from the California State Senate to the Assembly by unanimous bi-partisan approval.

In a press release announcing the bill’s progress, its sponsor Democratic State Senator Toney Mendoza, said, “I am very pleased that SB 1072 continues to move forward. No parent should fear that their child will not return home safely at the end of the day.” He added, “My hope is that SB 1072 will prevent future tragedies by requiring every school bus in the state to be equipped with a child-safety alarm system.”

The District Attorney is investigating the Apple Valley case and will determine what type of charges Avery will be charged with.