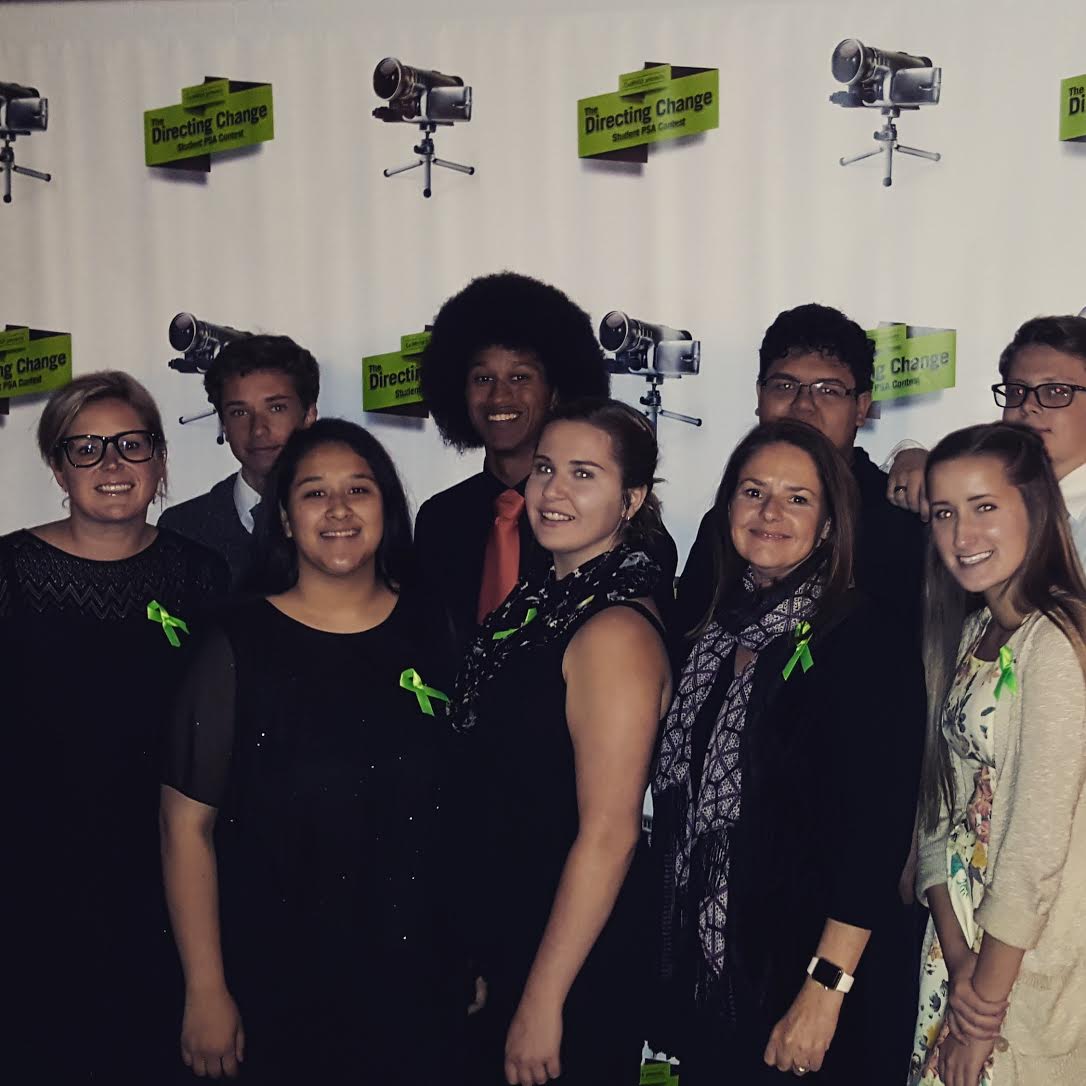 At the May 5, 2016, ceremony at the Fox Performing Arts Center in Riverside, the students were honored for their work on the short approximate 1 minute-long films.  All of the student-made films can be viewed on youtube.

The film “My Perspective”, created by Morgan Kennedy, Ishmael Soloman and Thomas Hoover, seniors in AVHS’ Computer and Media Pathway, won first place in the Suicide Prevention Category for the San Bernardino region.  Thomas Bateman and Dakota Parr, both juniors, placed in the Top 3 of Suicide Prevention category with their film, “Purpose”.

In the Cultural Diversity, Suicide Prevention Category, the film “Make a Statement”, created by Rebekah Alvarez, Kyra Alstott and Devinne Hoffman, juniors, placed in the Top 3 in the San Bernardino region.

The Centers for Disease Control (CDC) in a recent study said that suicide is the tenth leading cause of death for all ages in 2013, nearly 78% of these suicides being males. Suicide data from the 16 National Violent Death Reporting System in 2010 indicated that over 33% of those who die as a result of suicide test positive for alcohol, nearly 24% test positive for antidepressants and 20% test positive for opiates, which included both illegal drugs and prescription painkillers.

The National Suicide Prevention Lifeline has skilled, trained counselors that are available anytime day or night. They are ready and willing to accept calls for advice, depression, loneliness, mental or physical illness, substance abuse, family problems or any other reason a person may need to talk.  They can be reached at 1-800-273-TALK (8255) 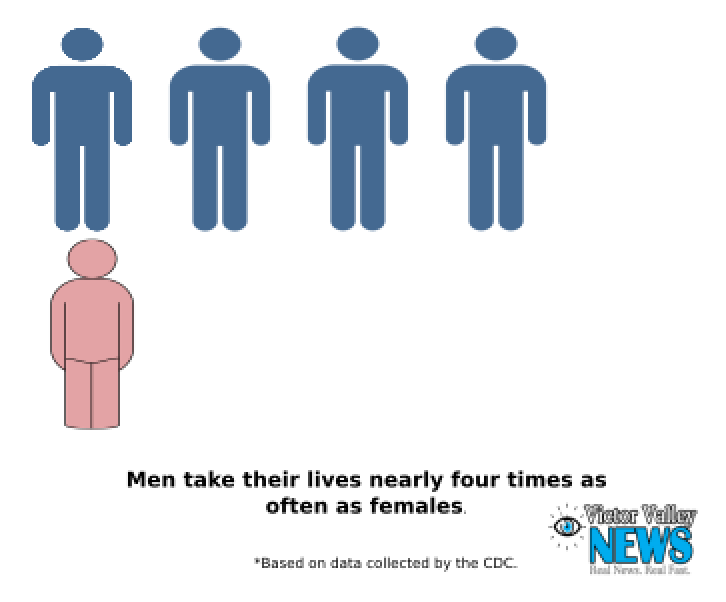 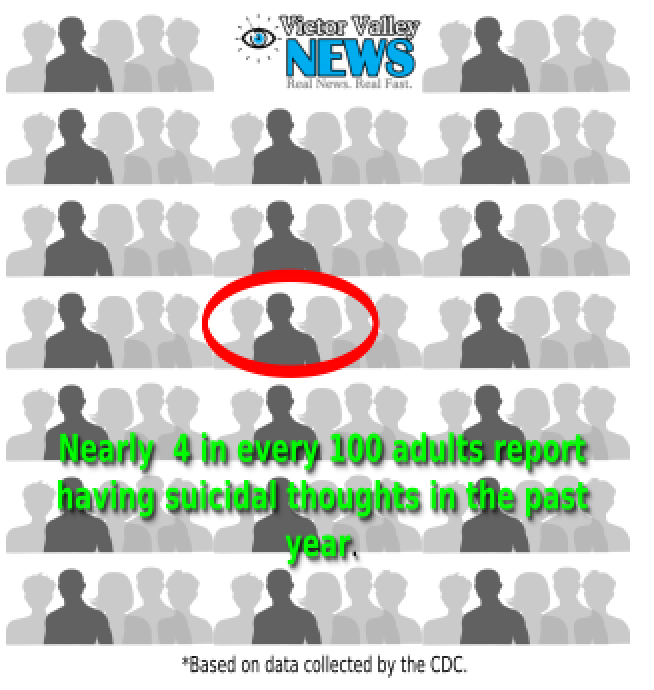 Nearly 4 in every 100 adults report having suicidal thoughts in the past year.(VVNG graphic using CDC Data) 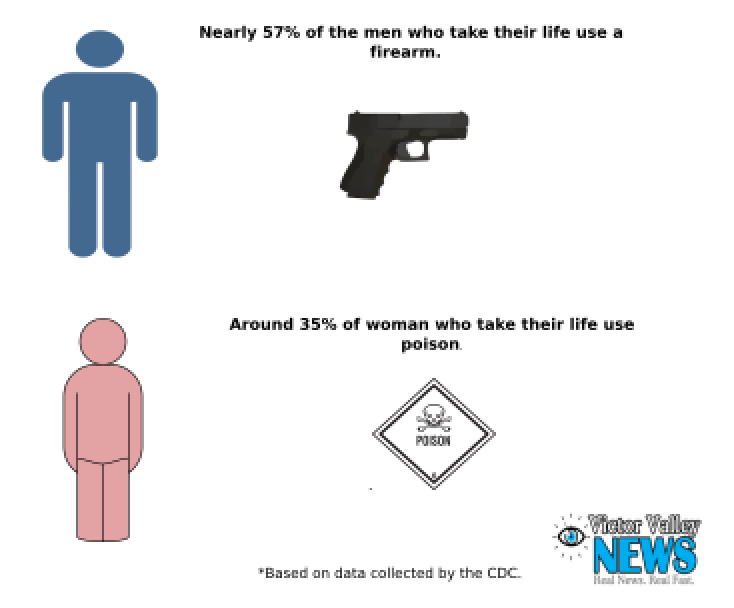