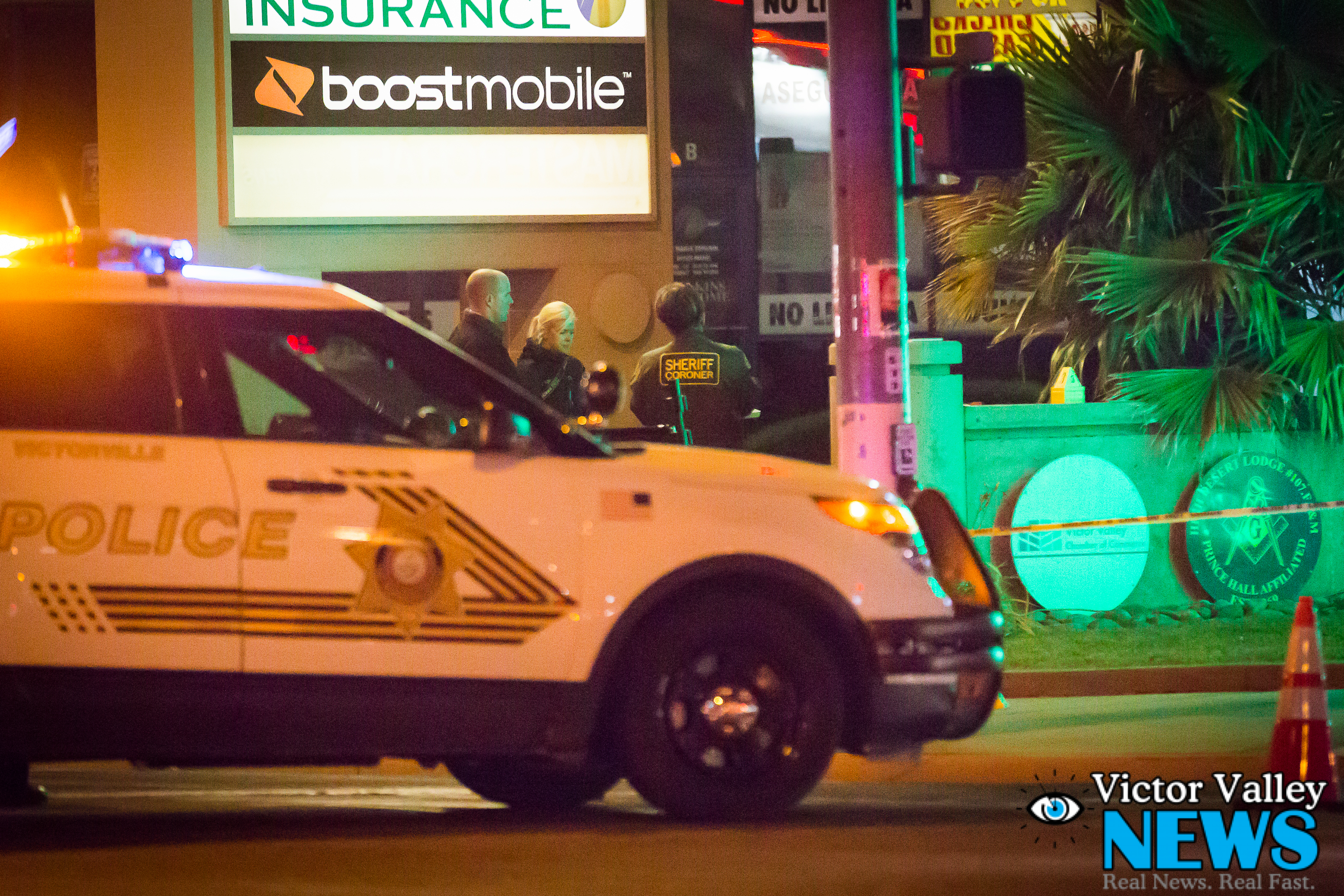 VICTORVILLE: (VVNG.COM) The corner of 7th Street and Greentree Boulevard has reopened as of late Sunday night after a newborn was discovered deceased with its umbilical cord still attached. Now detectives are trying to find the woman who gave birth to the female infant.

DNA was collected at the scene and a K9 unit was also used to assist in the extensive investigation before the baby was placed in a small yellow tarp and taken by the San Bernardino County Coroners shortly after 8PM on December 6, 2015.

Dana Puershner and Lisamarie Amador initially discovered the baby as they were walking through the area and immediately went into the Denny’s Restaurant across the street and asked for assistance in calling the police.

“I walked up to the baby, but she wasn’t breathing, and her hair, like all the placenta stuff, was frozen like she was sitting there and froze overnight,” Amador stated in an interview with Victor Valley News.

Police urge those who may have witnessed anything to come forward with tips that can assist in the death investigation. There is a 24-hour Denny’s Restaurant as well as the GreenTree Hotel that sit near the same intersection across from the business complex where the baby was discovered.

Many parents are still unaware of the safe surrender law that may help save an infant from becoming a “discarded baby” statistic. The California Safe Haven Law states that a parent or other individual having lawful custody of a minor child 72 hours old or younger will not be prosecuted if he or she voluntarily surrenders physical custody of the child to personnel on duty at a safe-surrender site. A person can leave a baby, up to three days old, with an employee at any safe surrender designated hospital,emergency room, or fire station in California. This law was created to reduce and prevent such an incident that happened Sunday from occurring.

Cindy Bachman, the San Bernardino County Publics Information Officer stated that it’s possible that the mother gave birth at the site where the baby was located, however it has not been confirmed. She urges those with information to call Detective Warrick at 909-387-3589/760-956-5001. Those wishing to remain anonymous may also contact the WeTip Hotline at (800) 782-7463.