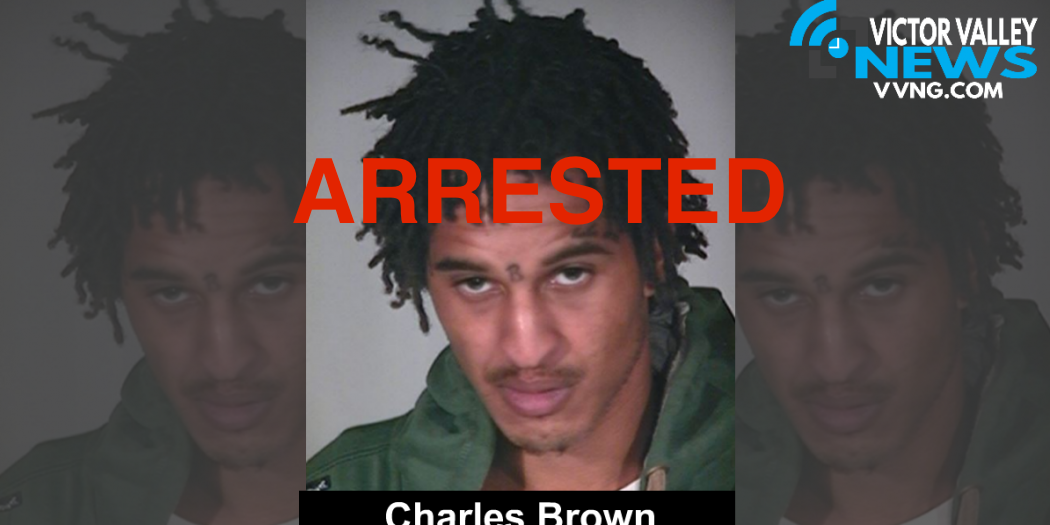 VICTORVILLE, Calif. (VVNG.com) Deputies are searching for an arrestee, Charles Brown, who escaped from the back seat of a patrol unit, the San Bernardino Sheriff’s Department announced.

On Sunday, March 26, 2017, at approximately 5:27 pm, suspect Charles Brown, 31, a resident of Adelanto, escaped from the back seat of a marked patrol unit he was in at the Victorville Police Department. Brown fled the area on foot and deputies are asking for the public’s assistance in locating him.

Brown was arrested at approximately 4:10 pm for Transportation of Narcotics. Brown was taken to the Victorville Police Department to be interviewed by deputies. Brown was sitting in the back seat and was able to slip one hand out of his handcuffs and exit the patrol car. Deputies immediately began a search of the area with the assistance of a Sheriff’s Aviation and a K9 unit.

Brown is described as a black male adult, 6’0″, 160-170 lbs., with short black, brown eyes, and a tattoo of the letter “B” on the bridge of his nose between his eyes. Brown was last seen wearing black sweats, white t-shirt and black Nike Air Force One Shoes.

Anyone with information regarding the whereabouts of Brown is asked to immediately call 911 or Sheriff’s Dispatch at (760) 956-5001. Callers wishing to remain anonymous are urged to contact the We-Tip Hotline at 1-800-78-CRIME (27463) or you may leave information on the website at www.wetip.com

Man Badly Burned After Trying to Start BBQ With Gasoline