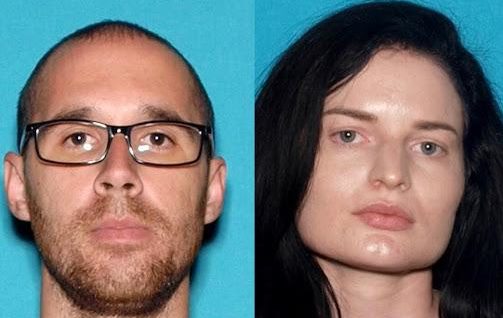 Mount Baldy, Calif. (VVNG.com) — Deputies are searching for two people who never returned from a hiking trip in the Mount Baldy area.

Gabrielle Wallace, 31, a resident of Rancho Cucamonga and Eric Desplinter, 33, a resident of Chino Hills, were believed to be headed toward Cucamonga Peak and were supposed to return by 7:00 PM the same day on April 6th, according to the San Bernardino County Sheriff’s Department.

When they did not return by 8:00 PM their friend called and asked for assistance, officials confirmed.

“On April 6, 2019, Sheriff’s Dispatch received a call regarding two overdue hikers in the Mount Baldy area. The caller reported their friends Eric Desplinter and Gabrielle Wallace were last seen at approximately 10:00 AM on the morning of April 6th,” the department said.

Desplinter is an experienced hiker, but they are believed to have a limited amount of food and water.

Deputies said they responded to the area where the hikers’ vehicle was parked and initiated a search.

The San Bernardino County Sheriff’s Department Aviation Division has been onscene since the onset of the call.

Multiple helicopters have been actively searching for the two and are supporting Search and Rescue volunteers who are searching on foot.

A command post has been established in the Mount Baldy area. On April 8, 2019, the San Bernardino Sheriff’s Department requested additional resources from the California Office of Emergency Services.

Search and Rescue teams from Los Angeles and San Diego Counties have responded and are assisting.