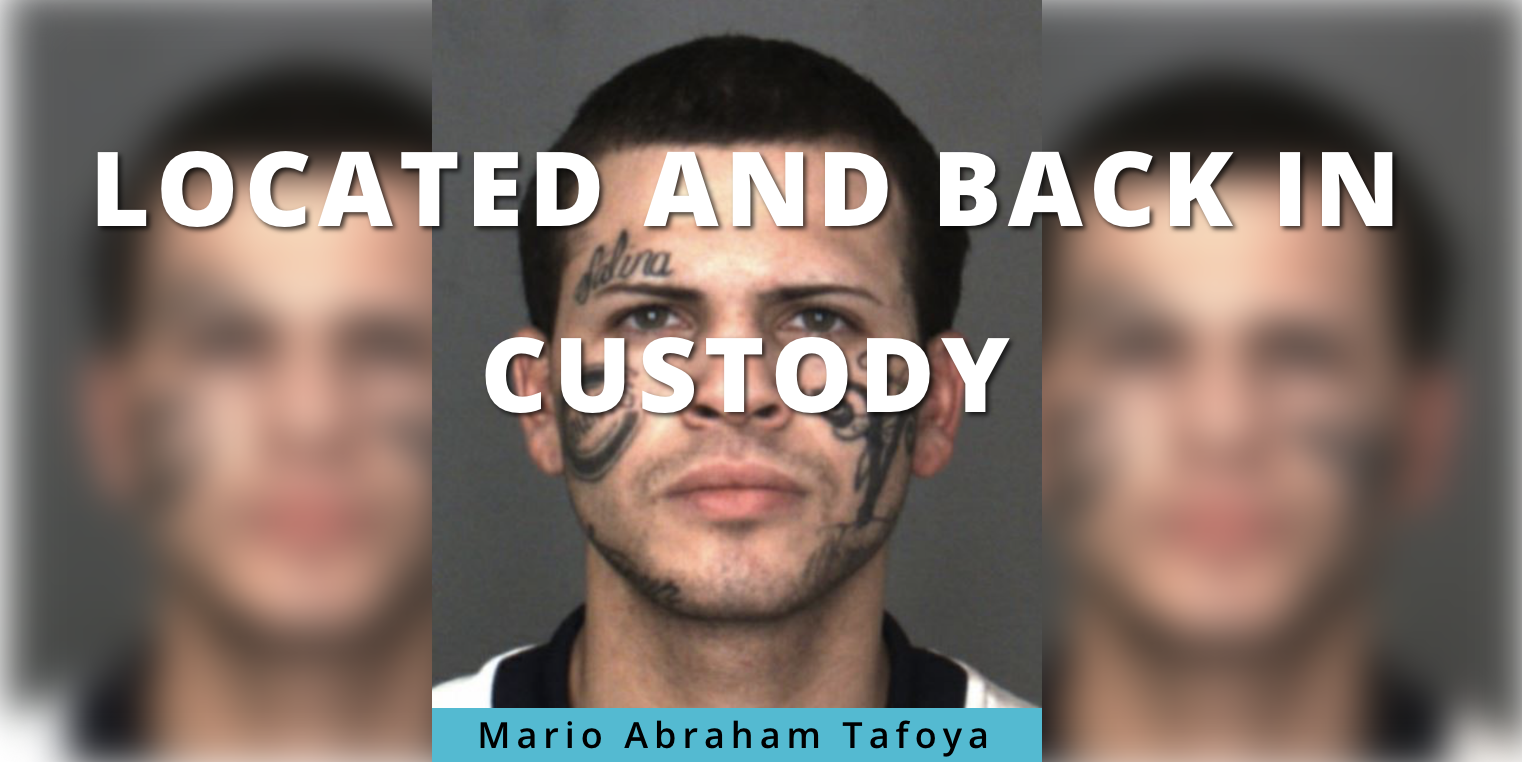 UPDATE 3/8 @7:40 AM – On Friday, March 8th at approximately 5:30 am, deputies from the Specialized Enforcement Division received information that Mario Tafoya was at a residence in San Bernardino.  Deputies surrounded the location and Tafoya was taken into custody without incident.  Tafoya will be transported to West Valley Detention Center and booked for the escape.

SAN BERNARDINO, Calif. (VVNG.com) — Authorities are actively searching for an inmate who escaped from the West Valley Detention Center in Rancho Cucamonga on Thursday afternoon.

Mario Abraham Tafoya, 19, a transient of Redlands, escaped from the facility on March 6, 2019, and was last seen running in a north-east direction in the area of Etiwanda Avenue and 6th Street at about 3:22 pm, officials said.

Deputies from multiple agencies including sheriff’s aviation and k9 units are continuing to search for the suspect.

Tafoya is known to frequent the area of San Bernardino, Redlands and Highland.

Sheriff’s officials said Tafoya was arrested on January 31, 2019, for PC 245 Assault with a Deadly Weapon and VC2800.2 Evading Police/Disregard for Public Safety.

“Tafoya is considered dangerous, and members of the public should not contact him. Anyone with information regarding the whereabouts of Tafoya is asked to immediately call 911,” officials said.

He’s described as a Hispanic male, 5’6”, 152 pounds, brown hair, green eyes with face tattoos. He was last seen wearing a white t-shirt and no shoes.

Detective Nicholas Clark or Sergeant Ryan Smith can be reached at (909)387-3589 at the San Bernardino County Sheriff’s Specialized Investigation Division.