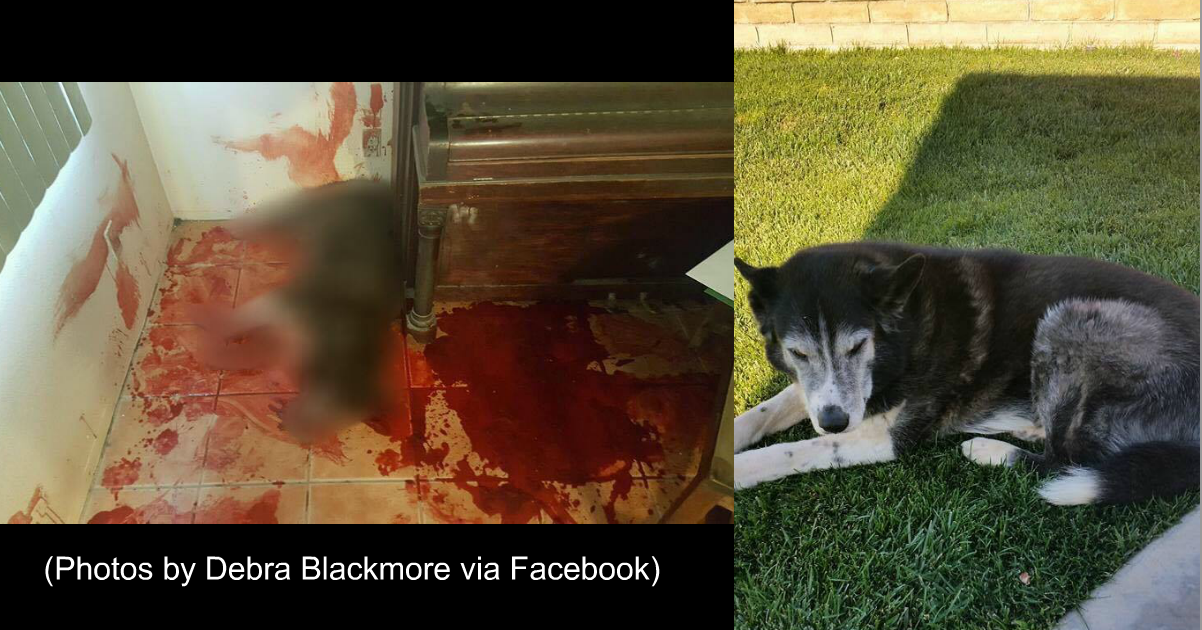 HESPERIA:(VVNG.com)-  Deputy officials released a statement following a dog that was shot and killed by a deputy who responded to a wrong home.

On Monday, June 6, 2016, at 12:34 p.m. deputies were called by a citizen reporting a domestic disturbance to the residence on his left in the 7300 block of Redwood Avenue in Hesperia.

Deputies responded, and based on the information from the reporting party, they approached the residence and rattled the fence to alert any animals on the property.

According to a press release from the San Bernardino County Sheriff’s Public Affairs, no animals appeared to be present and deputies entered the gate. Shortly after entering, two small dogs ran out into the yard and then a large dog ran out and was immediately aggressive toward the deputies, per the release.

Both deputies perceived that the dog was going to attack them and one of the deputies fired a single round at the dog with his handgun. The bullet struck the dog and he became incapacitated. A man exited the residence and made contact with the deputies, and it was at that time the deputies discovered they were at the wrong location.

Deputies asked the person at the residence if he wanted to transport the dog to receive medical aid, the man declined. Deputies contacted Animal Control for assistance, however, the responsible party declined to have them transport the dog.

“This is my dog buddy. The Hesperia police of San Bernardino County were called out for a domestic violence came to my house, which was the wrong house. My son and brother in law were here and five dogs. They came in to the brezway and buddy went out to see who was coming in. Tony and buddy was sitting on the patio. Dwayne was in the kitchen. Buddy didn’t have a chance to bark. They shot him with their 45.mm Didn’t let any one see buddy for 10 min. Animal control said he needed to go to the vet. But it would cost to much if she took him. So our family dog lay bleeding to death while they removed the officer who shot him. The Sargent in charge said they went to the wrong house and sorry.”

The release went on to state, “the department and the officers involved in this unfortunate situation all recognize the emotional impact the loss of a family pet has on this family and we extend our deepest sympathies. The officers involved in this incident feel terrible about what occurred but felt they had no other reasonable option at the time. The Chief of Police from Hesperia Station, Captain Greg Wielenga will continue to communicate with the family while they grieve the loss of their beloved pet and take whatever steps we can to help them. Deputies did respond to the correct location where the disturbance was occurring and a female, 42-year-old Stephanie Roper, was later arrested on active warrants for grand theft auto and narcotics violations”.