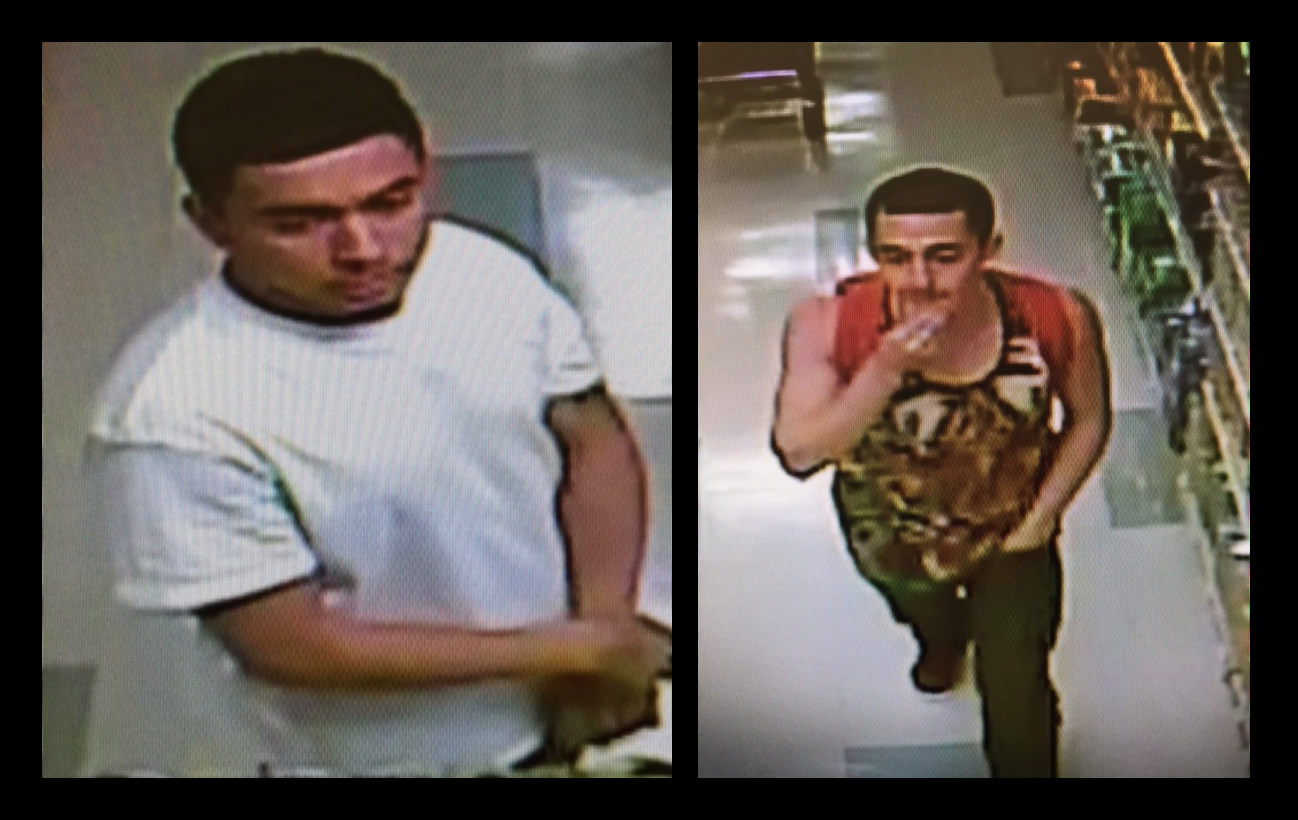 WRIGHTWOOD, Calif. (VVNG.com) Deputies are asking for the public’s help in identifying two suspects wanted for stealing booze from a local market.

Authorities released surveillance photos of two male suspects who have stolen liquor from Jensens Market in Wrightwood on several dates over the past few weeks.

“During the most recent theft, the two suspects can be seen on security video entering the store with red and grey backpacks,” stated Sheriff’s spokeswoman Staci Parks. “Once inside the store, the suspects placed multiple bottles of liquor inside the backpacks.”

In total the theft’s have caused the small business to lose approximately $1,000. Police are asking for the community’s assistance in identifying the suspects who have victimized a long standing business in the town of Wrightwood.

Anyone with information regarding this crime is urged to contact Deputy Molly Leiker at the Victor Valley Sheriff’s Station, (760) 552-6801. Persons wishing to remain anonymous can report information to WeTip by calling 1-800-78-CRIME, or by accessing the website at www.wetip.com.