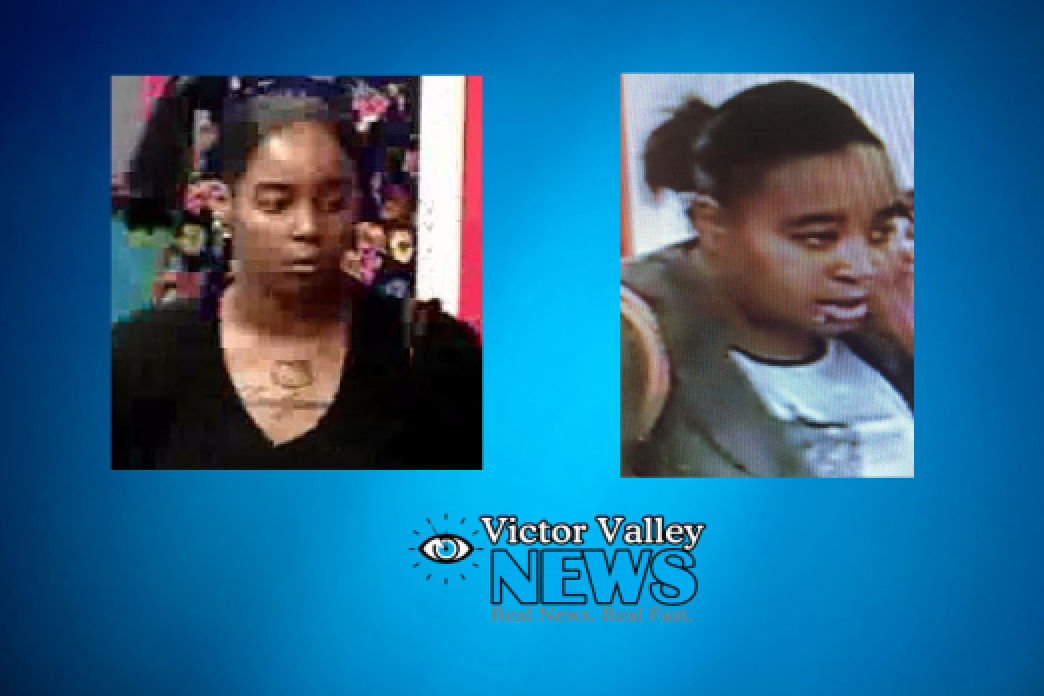 On November 10th two suspects entered the Macy’s store located in the Victor Valley Mall and selected various kids clothing items. When they finished making their selections, they exited the store and without paying for the concealed items.

Both suspects left in a red or maroon colored Dodge Caravan.  If anyone has any information that may help lead deputies to the suspects they are urged to contact the Victorville Police Department at (760)241-2911.