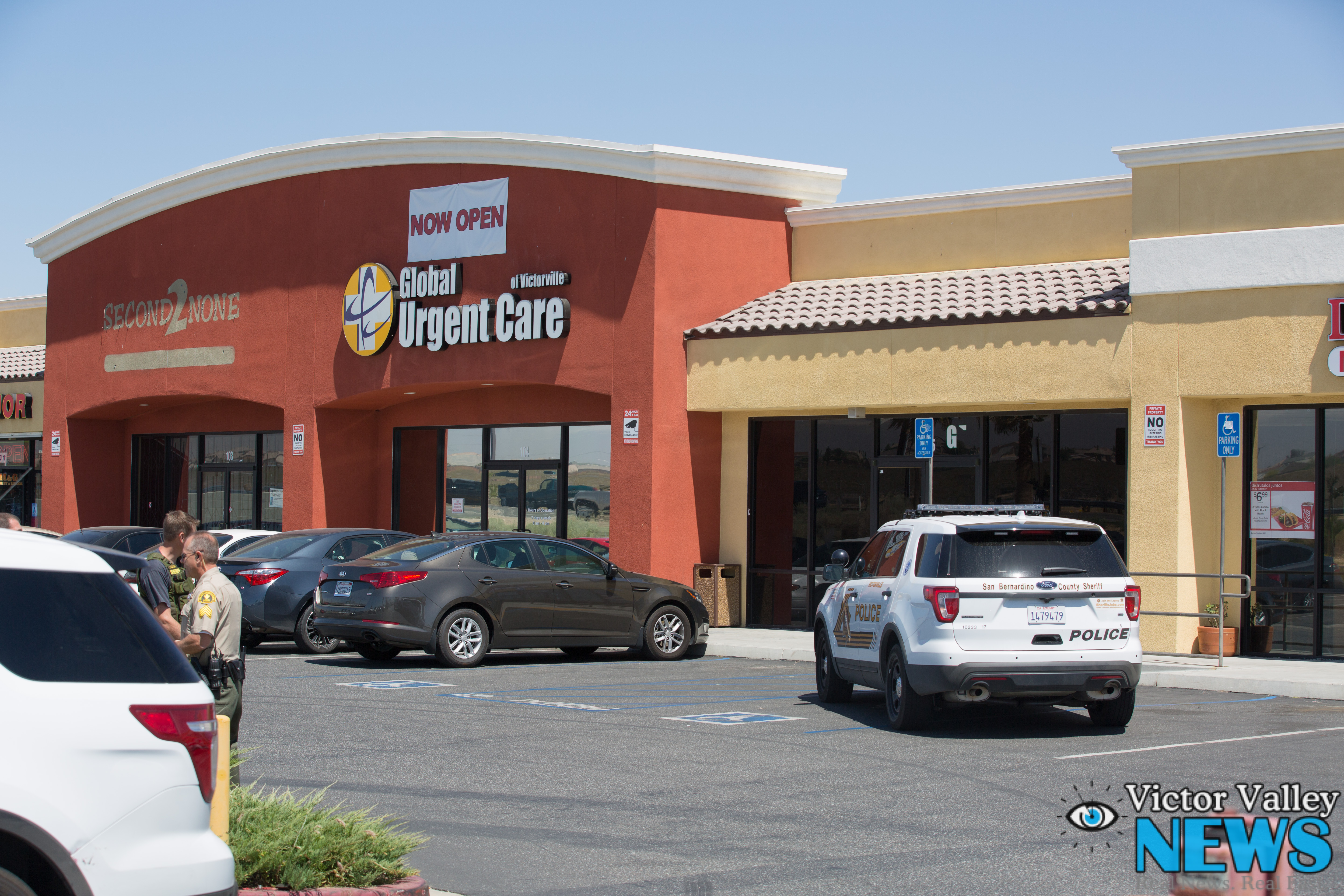 VICTORVILLE:(VVNG.com)- Victorville deputies are investigating a report of shot’s fired in a business plaza on Wednesday morning.

At 10:35 AM., on June 15th dispatch, received a call stating they heard gunfire coming from the parking lot on the 12300 block of Palmdale Road.

According to authorities, an unidentified male selling DVD’s in front of the M & G Market & Liquor was involved in a fight with two other males. During the scuffle, the man selling DVD’s pulled out a handgun and opened fire.

Per scanner traffic, two subjects were last seen running eastbound on Palmdale Road. A third suspect, armed with a handgun, was seen leaving in a white minivan towards Adelanto. No injuries have been reported as a result of the gunfire.

A witness who asked to remain anonymous told Victor Valley News, lot’s of people hang out in the parking lot and believes it was a drug-related shooting.

Authorities confirmed no arrest have been made as of Wednesday afternoon. Anyone with information is urged to contact the Victorville Sheriff’s station at (760)241-2911.