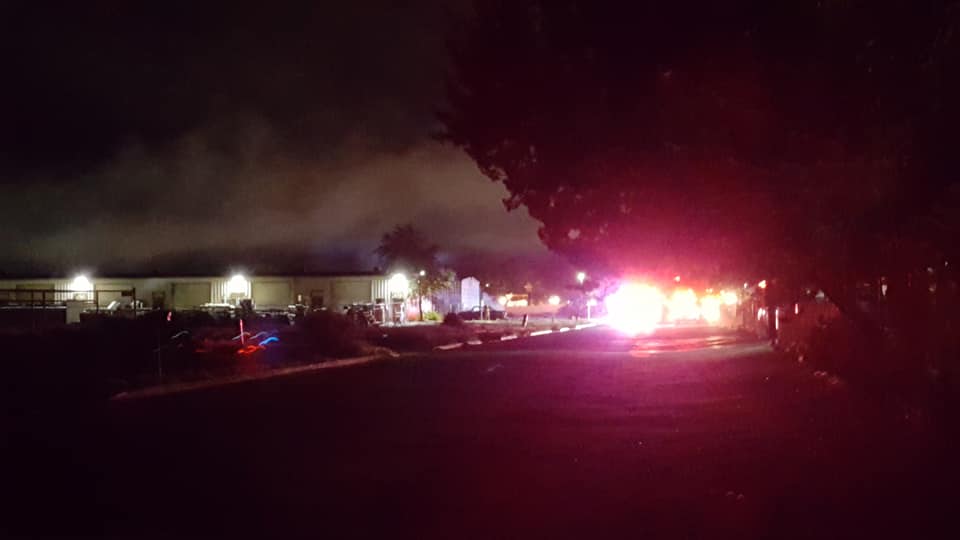 APPLE VALLEY, Calif. (VVNG.com) — A late-night vehicle fire in Apple Valley that left one person with burns is being investigated as attempted murder, officials confirmed.

Firefighters with the Apple Valley Fire Protection District responded to the call and located a pick-up truck parked outside of a business fully engulfed with fire.

The fire was quickly knocked down and firefighters requested a medical helicopter to land at St. Mary’s Medical Center and airlift a burn patient to an out of area trauma center.

Several residents from around the area commented in the VVNG Facebook group and reported hearing multiple explosions and a man screaming for help.

Sheriff’s spokeswoman Cindy Bachman told VVNG Bomb & Arson was requested to respond and will determine the cause of the fire. “At this time they are investigating it as an attempted murder,” stated Bachman.

Information on a possible suspect or suspects was not available. Additional details will be updated as they become available.

Scorching triple-digit heat in the Victor Valley continues thru Monday