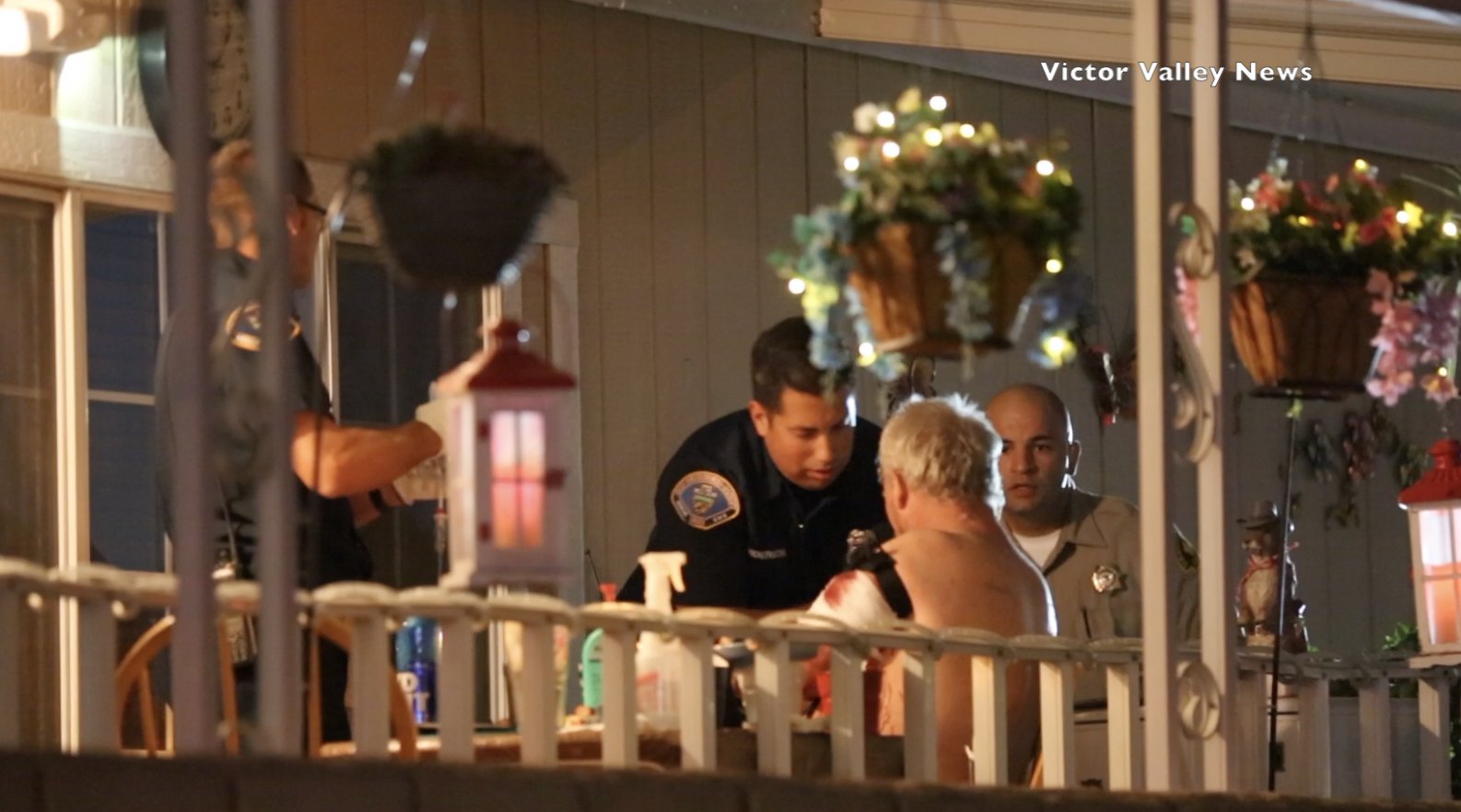 It happened at about 8:40 pm, at the Greenbriar Mobile Home Park in the 14100 block of Palmdale Road in Victorville.

Victorville Sheriff’s Deputies along with Firefighters from San Bernardino County Fire responded and treated a 49-year-old male who was bleeding heavily from his left shoulder. Due to his injuries and level of care required, firefighters requested the victim be airlifted to an out of area trauma center, scanner traffic reported.

According to officials, the suspect is a female and left the scene prior to deputies arriving. The California Highway Patrol helicopter H80 responded to the scene and assisted ground deputies as they searched for the suspect.

Deputies taped-off the entrance to the mobile home park as they investigate the incident. Details surrounding the stabbing are unknown at this time.