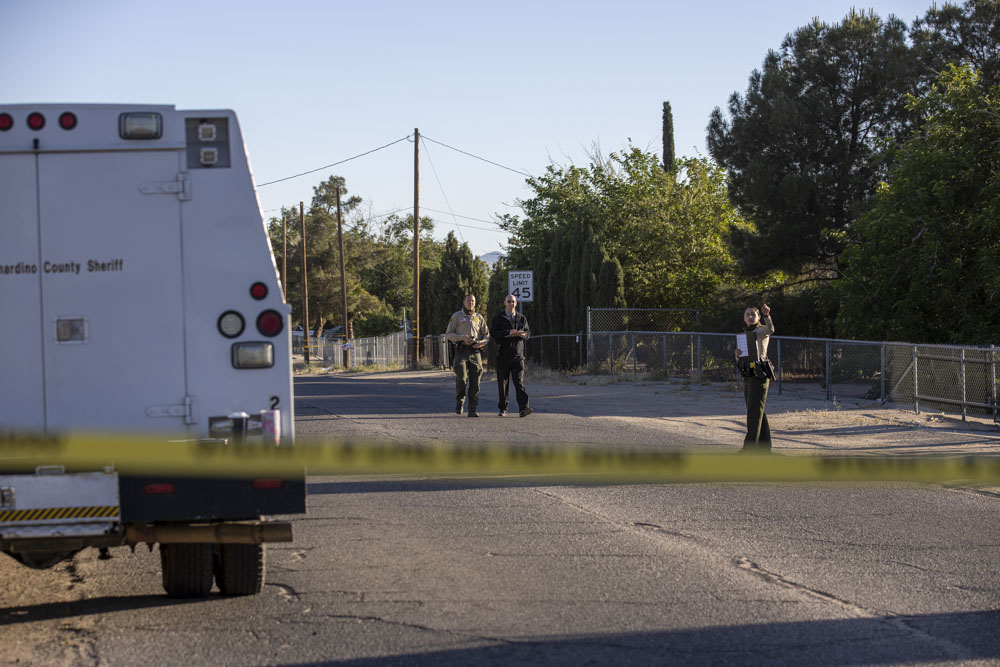 HESPERIA, Calif. (VVNG.com) — A man was shot and killed at a Hesperia home during an apparent home invasion and attempted burglary, officials said.

According to a sheriff’s news release, 31-year-old Julian Robert Sanchez Garcia, of Hesperia, forced entry into a home in the 10100 block of Balsam Avenue and was shot.

On May 25, 2020, at about 2:49 am two adult men were inside the home when they were awakened by yelling and banging coming from the front door, officials said. Garcia then forced entry into their home and was fatally wounded inside the residence.

Both men were transported to the Hesperia Sheriff’s Station for questioning where they cooperated with law enforcement. Detectives confirmed Julian Garcia is not known by the male occupants of the home.

No arrests have been made and upon completion, the report will be submitted to the District Attorney’s Office for review.

The investigation is ongoing; anyone with information is asked to contact Detective Nick Craig, Specialized Investigations Division – Homicide Detail at (909)387-3589. Callers can remain anonymous and contact the WeTip Hotline at 800-78CRIME or www.wetip.com.