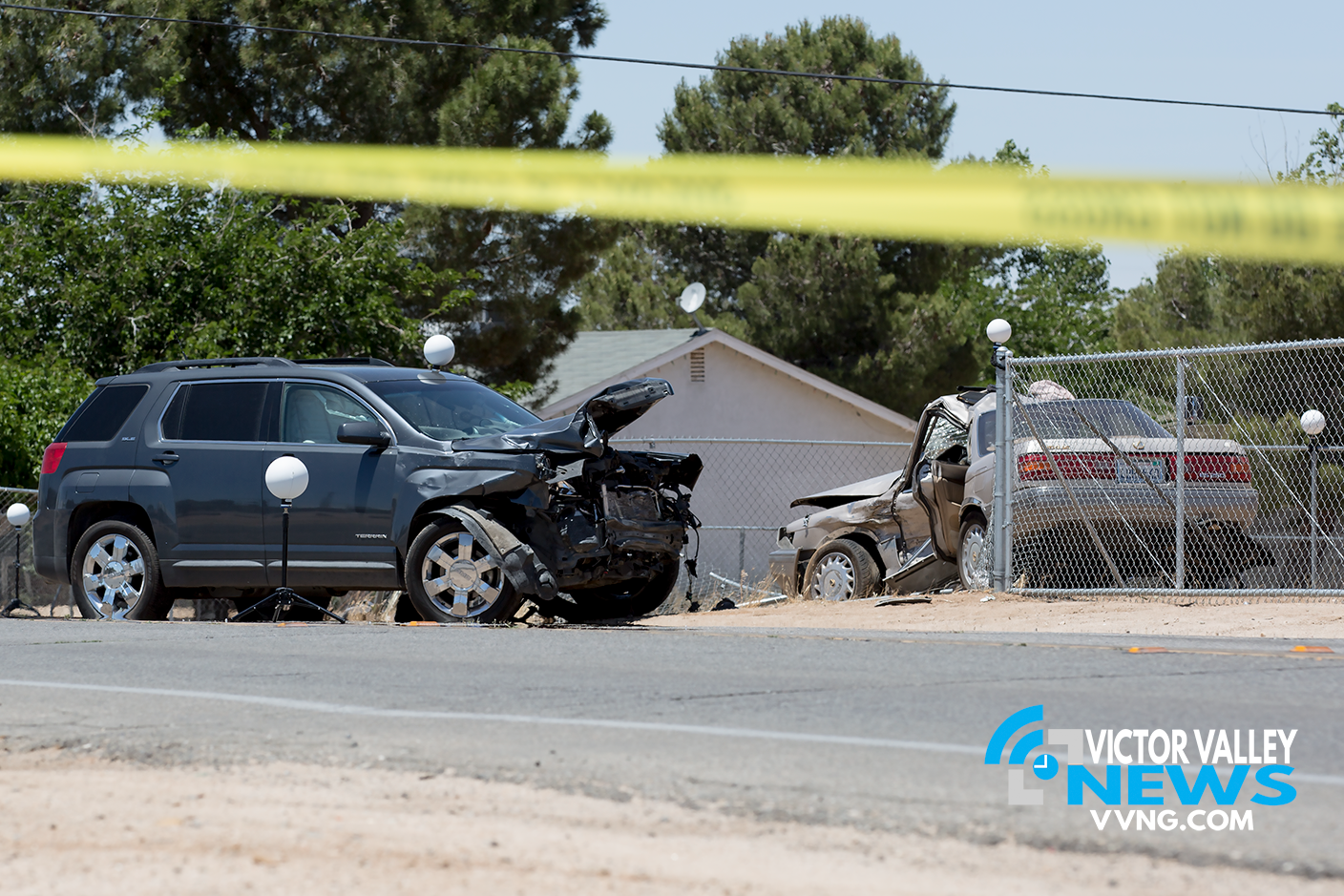 HESPERIA, Calif. (VVNG.com) The woman who died following a two-vehicle traffic collision has been identified as 44-year-old Maria Griselda Alcala of Hesperia.

Alcala was pronounced deceased at the scene of the accident that occurred Tuesday, May 16, 2017 at 9:42 a.m.

Sheriff’s officials said Alcala was driving her 1991 Lexus northbound on Fourth Avenue when she was struck by a GMC SUV that was traveling eastbound on Eucalyptus Street.

Only northbound and southbound traffic at the intersection is required to stop, while east and westbound traffic on Eucalyptus Street do not have a stop sign.

Based on witness statements the vehicle driven by Alcala failed to yield at the stop sign, Sheriff’s officials said.

The driver of the GMC did not sustain any injuries and fully cooperated with authorities. Alcohol or drugs were not a factor in the accident.

Deputy’s Act of Kindness Recognized by City of Victorville