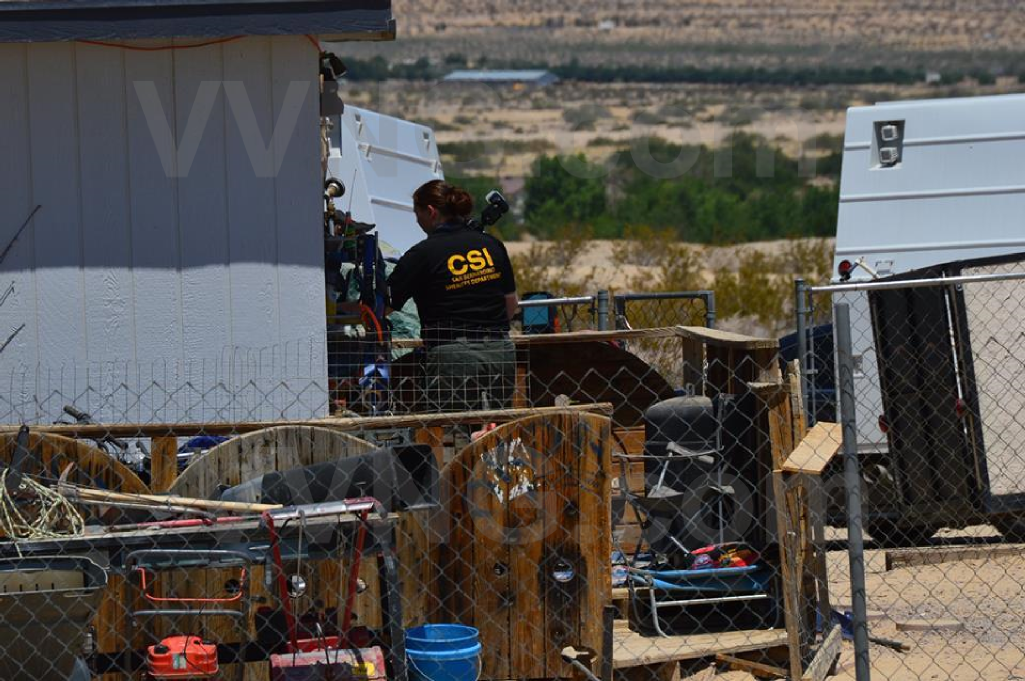 HINKLEY-(VVNG.com):  A Homicide investigation is underway on the 22200 block of National Trails Highway on

a property southwest of Barstow.

On Tuesday, June 2nd following a standoff with the suspect, who was barricaded within the small single family dwelling deputies located two bodies inside the home.

Monday night standoff with a male, whose identity has not yet been released.
“They went missing on Sunday and yesterday the son was driving the woman’s car around. Her sister, dad, and brother in law went to the house looking for her and saw him pacing back and forth.  He wouldn’t open the door and that’s when the police got called.” said Jessica Chey, a witness.

The male subject, who refused to come out of the dwelling throughout the night subsequently surrendered according to Sheriff’s Spokeswoman, Cindy Bachman, at approximately 4:20 a.m. After he was taken into custody, two bodies were discovered inside the home. Neighbors report that the unidentified male, in his early 20’s was the son  of the male victim and stepson of the female victim.

“It is unknown at this time how the male and female died and what the relationship is between all involved parties.”

Homicide detectives are on scene and collecting photos of the interior of the home as well as other evidence.
The investigation is ongoing, information will be updated as it is received.