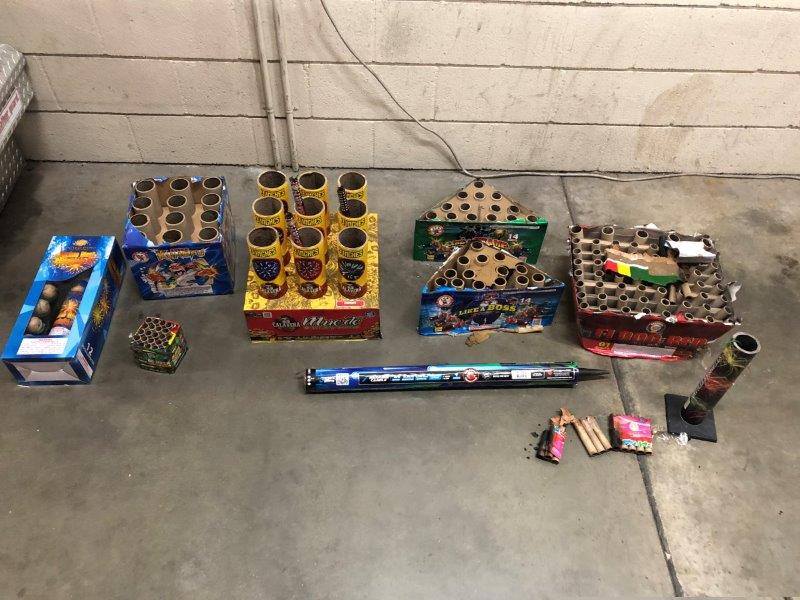 VICTOR VALLEY, Calif. (VVNG.com) — Residents from all around the Victor Valley are growing frustrated with the ridiculous amounts of illegal fireworks detonating and rattling windows in neighborhoods at all hours of the day and night.

Fireworks are completely illegal in the City of Victorville, Hesperia, and the Town of Apple Valley. Residents caught breaking the law and igniting illegal fireworks can face steep fines in the thousands of dollars.

Adelanto is the only city in the High Desert that allows safe & sane fireworks along with stands that are usually operated by non-profit organizations.

The City of Victorville has implemented a Fireworks Task Force and wants the public to know, “If you light it, we’ll write it”! Sue Jones, spokeswoman for the City said so far they’ve issued 35 citations this season.

“We are enforcing the $1,000 fine for the first violation, $2,000 for the second violation, and $3,000 for the third. We will be ramping up our enforcement efforts with more frequency and additional officers as we continue to get closer to July 4,” stated Jones in a Facebook comment.

VVNG has received numerous emails/messages from concerned and oftentimes angry residents who feel there’s not enough being done to stop the illegal and dangerous fireworks.

“We know the frustrations residents are feeling with the use of illegal fireworks, as we are experiencing the same frustrations at our own homes,” stated Mara Rodriguez, spokeswoman for the Victorville Police Department.

According to Rodriguez from noon on Father’s Day Sunday, June 21st through 3 pm today (Monday), 89 firework calls were received at the Desert Dispatch Center. (No calls received after midnight last night.)

Like many other officers across the High Desert and in communities all over, Victorville deputies are equally busy enforcing the law and issuing citations.

On June 21st at about 8:34 PM, a Victorville Code Enforcement officer patrolling a neighborhood in the 12600 block of Santa Fe Trail observed fireworks being set off in the front yard of a residence. A citation was issued for the fireworks violation.

At about 8:53 PM, a deputy working firework enforcement spotted fireworks being set off at a residence in the 12600 block of El Evado. Contact was made with the residents and a citation was issued.

At about 9:20 PM Victorville deputies observed someone lighting fireworks in the backyard of the residence in the 12900 block of Mirage Road. Sheriff’s officials said when contact was made at the front door, the occupants denied having fireworks, they were uncooperative and would not identify who was lighting them. Code Enforcement issued a citation and posted it on the residence.

At about 10:57 PM a resident at the Colony Apartments was given a citation after a deputy observed the resident lighting fireworks.

“As City Code Enforcement, Victorville City Fire and Victorville Police Department continue to work together to locate, identify, and issue citations to those who are using fireworks in the City of Victorville, we ask the residents to continue to report incidents in their neighborhood.” Mara said the potential to locate the offenders multiplies exponentially when the reporting party provides the offenders street address. Reporting parties can remain anonymous if they wish.

VICTORVILLE: Residents are encouraged to use the City’s online reporting portal at, vv.city/reportfireworks or call the Sheriff’s non-emergency dispatch line at (760) 956-5001.

HESPERIA: The Hesperia City Council approved a significant increase in fines for the use of fireworks that went into effect on May 19. The minimum fine is now $1,000. To report use of fireworks, please call the We Tip Hotline below. • 800-78-CRIME

APPLE VALLEY: Fireworks are illegal in Apple Valley and fines are $1,000 for first offense.

San Bernardino County Fire has a new tool to report the use or sale of dangerous & illegal fireworks. Photos and videos of suspected activity may be attached to the report. MAKE A REPORT: https://bit.ly/SBCoReportFireworks