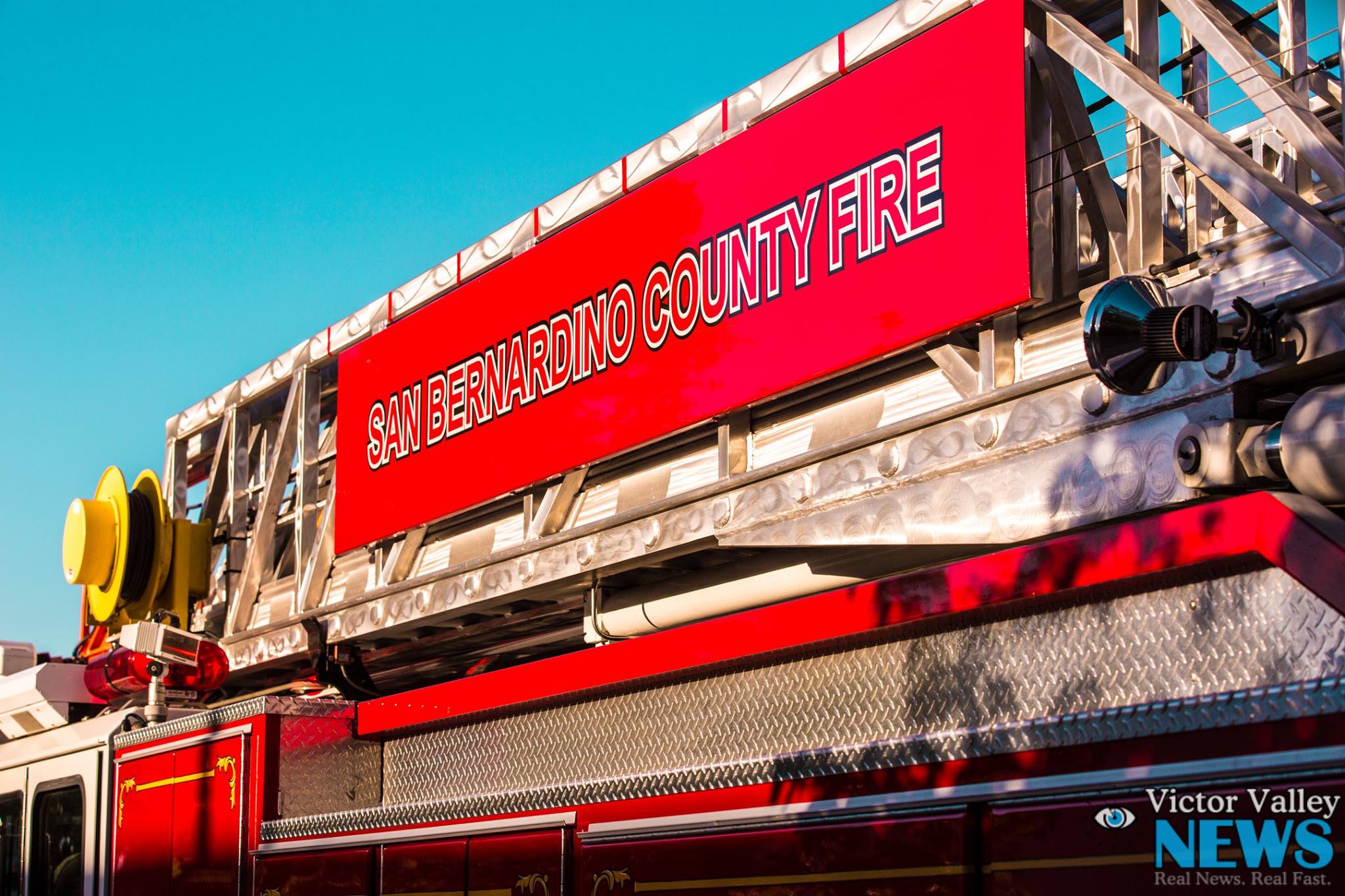 ADELANTO-(VVNG.com): At approximately 7:20 p.m. on Thursday, June 5th dispatch received a report of a vehicle fire in the area of El Mirage and Aster Roads. San Bernardino County Fire Department Firefighters arrived on scene to the fully engulfed SUV with exposure to vegetation.

San Bernardino County Sheriff Deputies with the Victor Valley station responded to the vehicle fire, believed to be a stolen 2004 Chevrolet Suburban.

“The case has been turned over to the SANCATT Division  to positively identify the vehicle,” said San Bernardino County Sheriff’s Spokeswoman, Staci Parks.

Southwest Gas was requested due to the smell of gas in the area. Southwest Gas responded and were unable to locate any existing gas lines.

“We were called out as a safety policy and procedures.  When were arrived we did not detect any natural gas leaks in the area. The burning vehicle may have caused the call for the smell of natural gas,” said Southwest Gas spokeswoman, Sonya Headen.

The cause of the fire has not been determined, but a traffic collision being the cause has been ruled out.