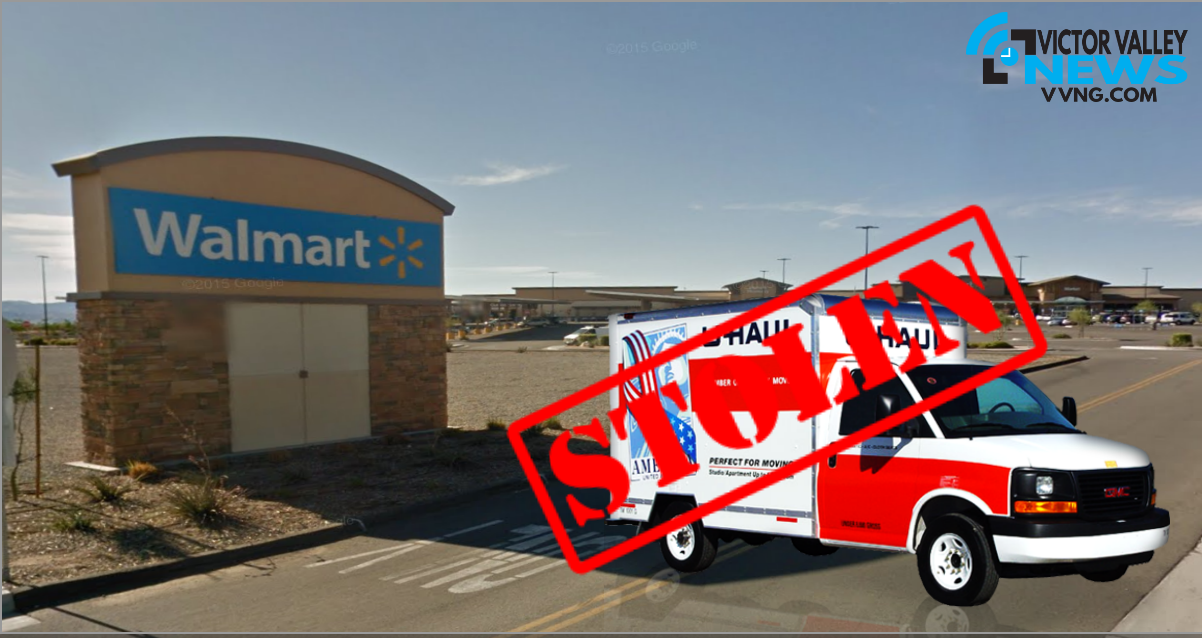 HESPERIA, Calif. (VVNG.com) Authorities arrested two transients after they were located sitting inside a stolen U-Haul truck in a Walmart Parking lot in the 13400 block of Main Street.

On Tuesday, January 3, 2017, at approximately 7:55 a.m., Deputy Alfaro with the Hesperia Sheriff’s Station was conducting extra patrol in the Walmart parking lot when he observed a 2016 GMC U-Haul matching the description of a stolen vehicle report he took on January 2, 2017.

Deputy Alfaro ran the Arizona license plate and confirmed the U-Haul was stolen. The U-Haul, occupied by a female and male, was parked along the east side of the parking lot. After conducting a felony traffic stop, the subjects were taken into custody without incident.