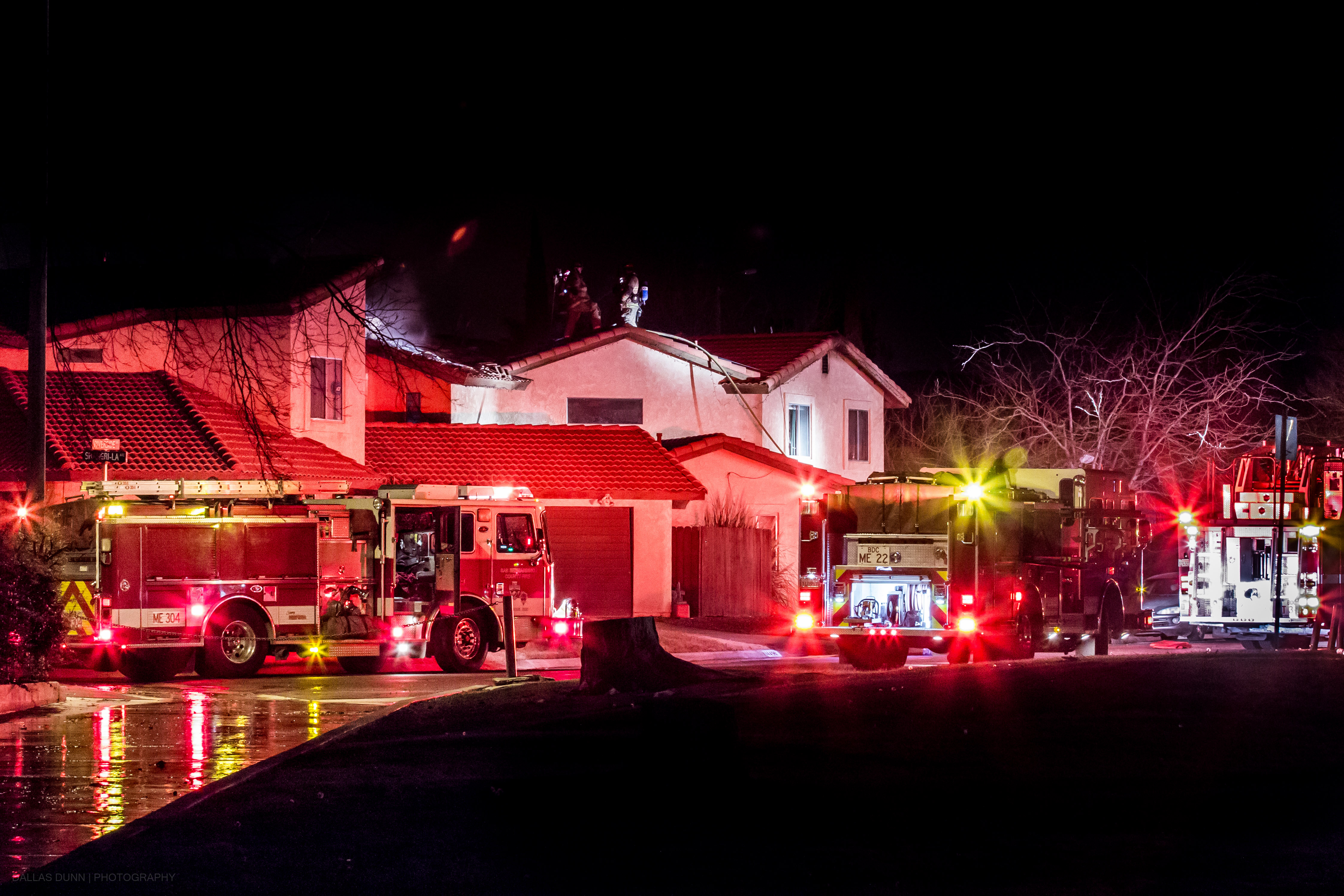 HESPERIA-(VVNG.com):  At around 8:05 p.m. on Monday night the San Bernardino County Firefighters responded to a home on 14400 block of Riverside Avenue for the report of a fire. Firefighters arrived on scene approximately 4 minutes after the initial report to find a single family 2-story home with smoke showing, but no visible flames.

Upon investigating the firefighters found a fire in the attic space of the home and went into an offensive mode. All occupants were evacuated from the home while firefighters worked to extinguish the blaze that according to scanner traffic spread through the attic area of the home.

The fire burnt through the roof of the home and firefighters used vertical ventilation to stop the spread of the fire. The fire was knocked down in about 30 minutes and an investigator was called to the scene to determine the cause of the fire.

There were no injuries reported to civilians or firefighters reported as a result of the fire. Southern California Edison, Hesperia Building and Safety were called to the scene. Red Cross was called to assist five adults and two dogs that were displaced by the fire.