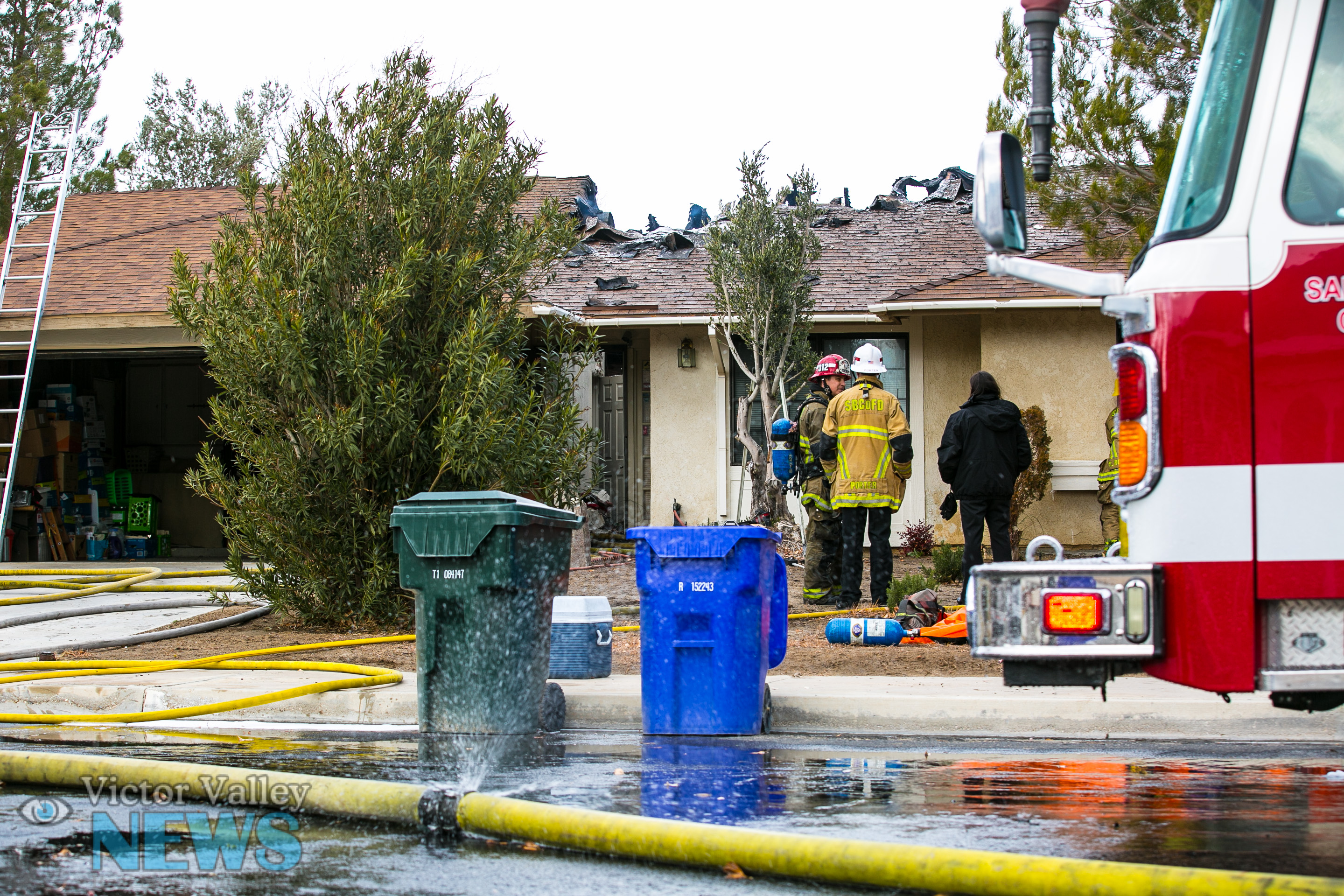 VICTORVILLE, CALIF:(VVNG.com)- A home was severely damaged, leaving two residents displaced after an attic fire on Wednesday morning. San Bernardino County firefighters were dispatched to the home on the 15000 block of Whitekirk Drive for the report of a fire, and arrived just before 10:00 a.m.

According to officials, the residents of the home reported that they heard their fire alarm sound at about 9:30 a.m. The residents also saw smoke, but were unable identify the source. About 25 minutes later neighbor later alerted them to the fire coming from the back roof area of the home.

Upon arrival, fire officials on scene said that heavy fire could be seen coming from the attic area of the home. They also said the wind made it difficult to fight the fire, but they were still able to keep the fire from spreading from the attic area of the home. The fire was extinguished within 30 minutes of firefighter arrival, but damage was estimated at about $200,000.

The Red Cross was called to the scene to assist those displaced by the fire. No injuries were reported as a result of the fire. The cause of the fire is still under investigation, information will be updated as it is received.