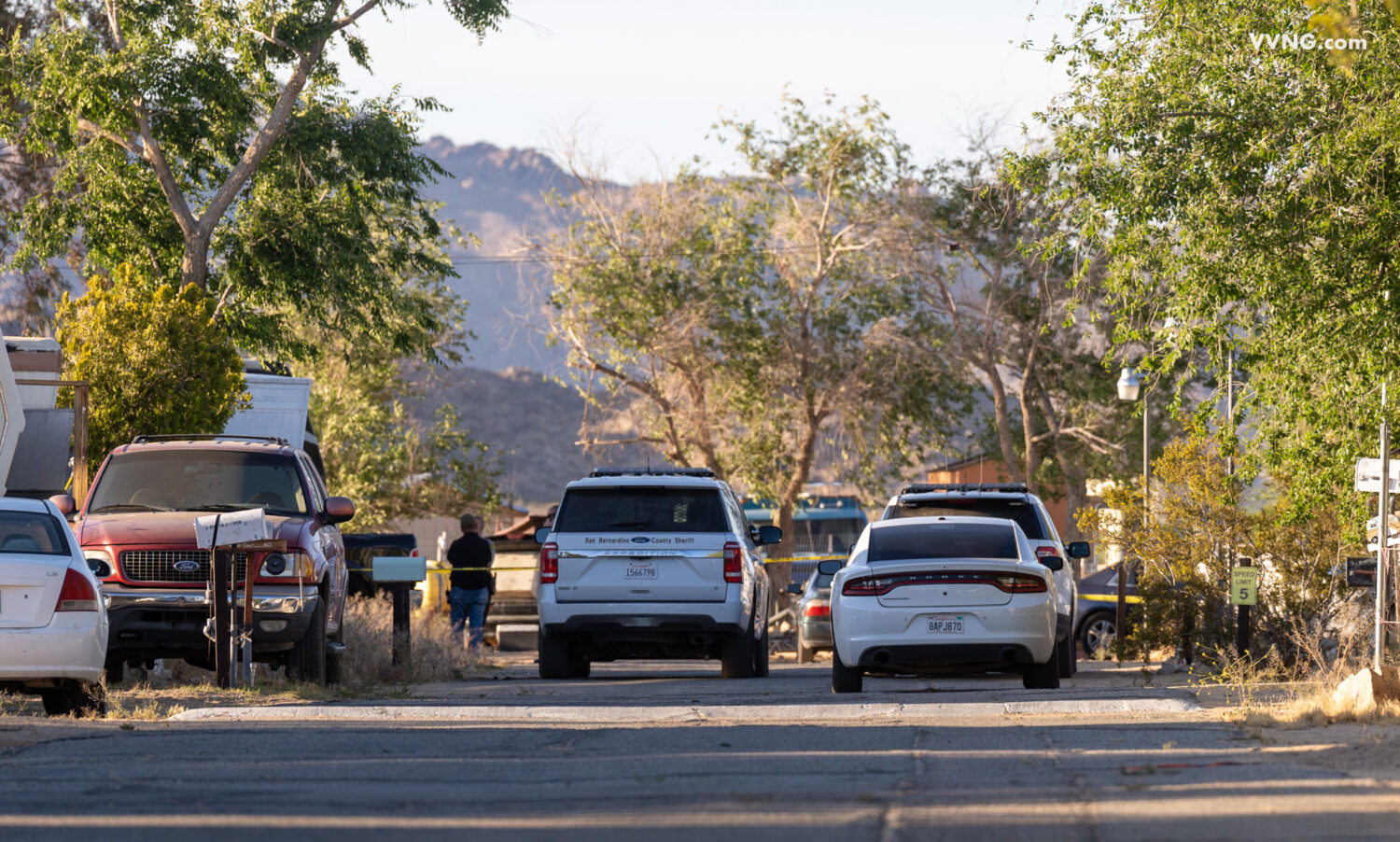 UPDATE 5/13 — The suspect arrested for Attempted Murder PC664/187(A) was identified as Dylan Blasczak, 27, a resident of Apple Valley. According to public arrest records, the suspect is being held on a $1,000,000 bail and is scheduled for arraignment in a Victorville courtroom on May 16, 2022. An update victim or a possible motive for the shooting was not available.

UPDATE 5/13 @ 4:00 PM — Sheriff’s officials released more details into the ongoing investigation. According to a news release, as 40King made PA announcements over the residence, the suspect exited with an unknown object in his hands and ran east. Officials said 40King was able to see that the suspect was holding a gun.

“During the foot pursuit, Blasczak started firing multiple rounds at both 40King and at deputies on the ground. Blasczak ran across US Hwy 18 and attempted to hide in bushes. At approximately 4:27 pm, Blasczak was taken into custody while still in possession of the firearm. A search warrant was served at his residence where additional evidence was recovered,” stated the news release.

APPLE VALLEY, Calif. (VVNG.com) — An attempted murder suspect was taken into custody but not before shooting at deputies and a police helicopter as he attempted to flee the scene.

Sheriff’s spokeswoman Gloria Huerta told VVNG deputies responded to an assault that had just occurred at the location.

“When they arrived they found a victim with a gunshot wound and the victim was taken to a hospital for treatment,” stated Huerta.

Firefighters later requested an air ambulance to airlift the victim to a trauma center.

The spokeswoman said deputies attempted to contact the suspect but he ran away. “While he was running away, he fired shots at deputies and at 40 King,” she stated. (40 King is a helicopter belonging to the San Bernardino County Sheriff’s Department)

Huerta said the suspect ultimately gave up and was taken into custody. No deputies were shot and the sheriff’s helicopter was not hit either.

Deputies were in the process of conducting investigations at two separate incident locations. The first was at a mobile home inside the park and the other in a large desert area on the north side of Highway 18, adjacent to the park.

The investigation is ongoing and additional information will be updated as it becomes available.