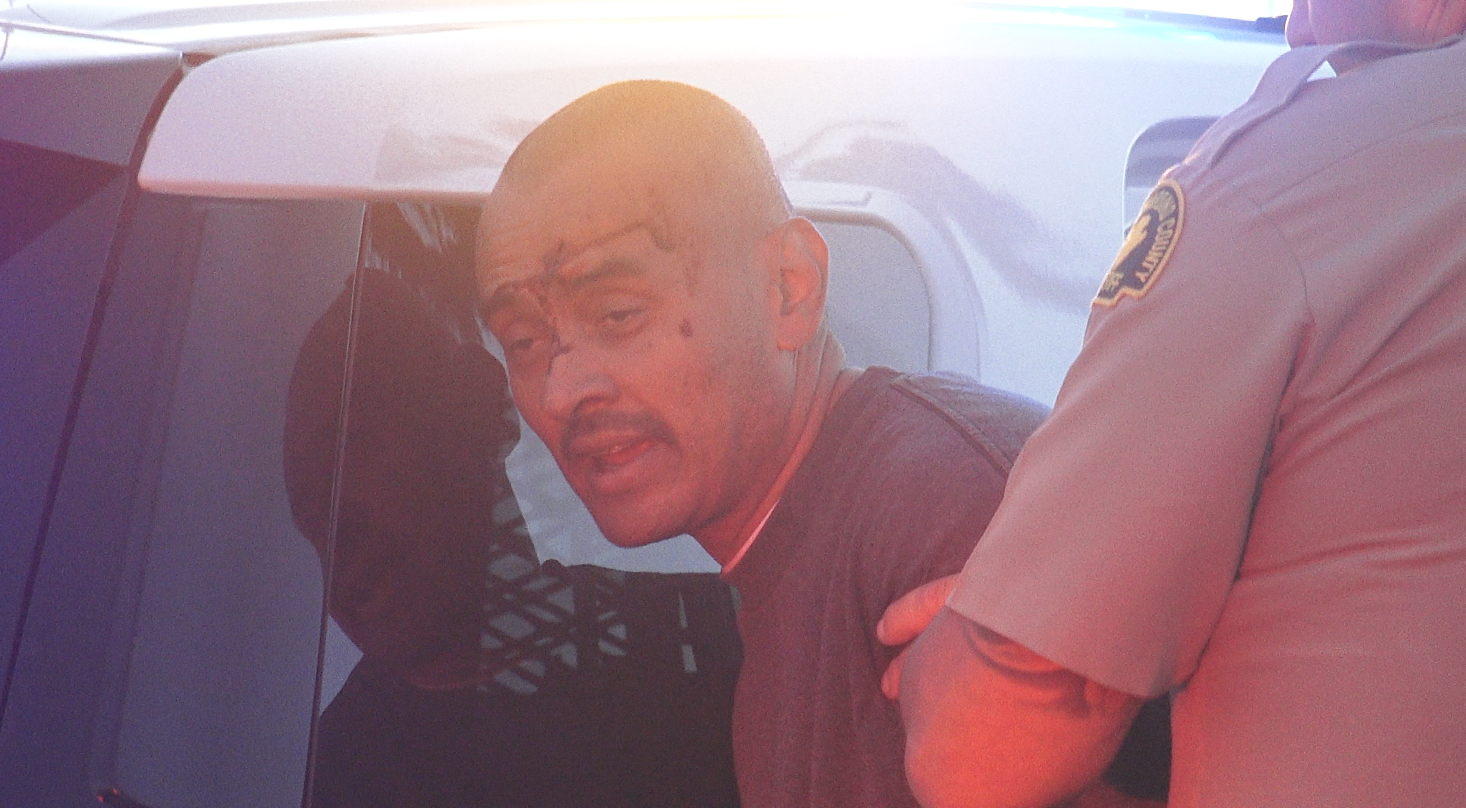 It happened on September 13, 2018, at about 6:30 pm, when deputies attempted a traffic stop on a black 2006 GMC Yukon Denali in the area of Mauna Loa and Lincoln Street in Hesperia.

According to a sheriff’s news release, the driver identified as Efrain Corona, 40, of Hesperia was known to police as having arrest warrants for attempted murder and criminal threats.

Corona failed to yield and led deputies on a pursuit through the city streets traveling at a high rate of speed with no regard to public safety as he continued to evade deputies.

The pursuit eventually continued on the southbound I-15 freeway where Corona suddenly stopped his SUV just north of the Main Street off-ramp and foot bailed across the center divider including the northbound lanes.

After a short foot pursuit, deputies apprehended the suspect at Main Street and the I-15 near the In N Out restaurant.

“He refused to follow deputies command, was resisting arrest, refusing to cooperate with deputies and give them his hands. A struggle with the suspect and use of force occurred prior to deputies gaining control of Corona and taking him into custody. During the physical struggle, a deputy sustained a minor injury,” stated the news release.

Corona was transported to a local hospital for an evaluation and later transported and booked into the High Desert Detention Center for attempted murder, criminal threats related to a domestic violence incident and felony evading. He is being held on 1.5 million dollar bail.

According to the release, the original investigation began on August 19, 2018, when deputies from the Hesperia Sheriff’s Station responded to Desert Valley Hospital for an assault with a deadly weapon report.

“Upon contact with the victim, he told investigators he and Efrain Corona had gotten into an argument over money and the whereabouts of Corona’s wife. During the argument, Corona produced a firearm and threatened to kill the victim and then shot him in his groin. The victim managed to get the gun from Corona and fled the incident location. Since the August incident, Corona has been on the run and considered armed and dangerous. Deputies from the Specialized Enforcement Division had been actively looking for him.”

Anyone with information is asked to contact Detective Eric Stoll at the Hesperia Sheriff’s Station (760) 947-1500. Callers wishing to remain anonymous may contact the We-Tip Hotline at 1-800-78-CRIME (27463) or www.wetip.com