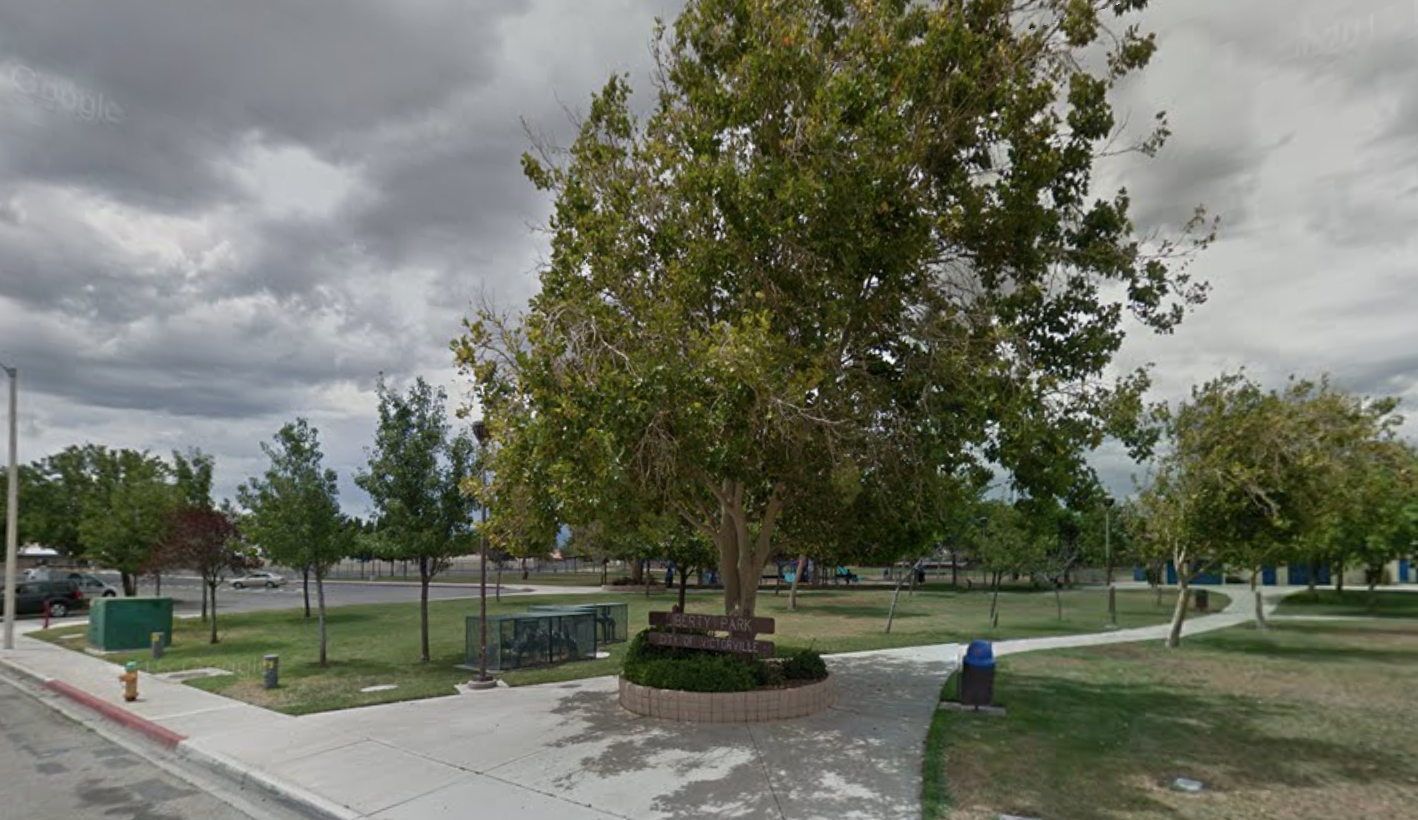 VICTORVILLE-(VVNG.com):  An attempted child abduction occurred on Tuesday evening at Liberty Park located at 13016 Amethyst Road during a soccer game. The San Bernardino County Sheriff’s Department officials said that at approximately 6:45 p.m. a white female adult in her 30’s attempted to abduct several children at the park playground by showing them a candy bar. The children declined her offer which caused the woman to grab a child by her wrist. The child yelled for her mother that was nearby. The child’s mother saw the woman holding her child’s arm.
Authorities say that the woman left the park on Amethyst toward La Mesa in what witnesses described as a white 4-door Buick with a lot of boxes inside. The woman is described as being approximately 5’2” tall, blonde or dirty blonde colored hair and green eyes.

The woman was identified through a photo line-up on Wednesday morning, but as of 6:15 p.m. on Wednesday evening no arrest has been made.  Information will be updated as it is received.

Suspect Involved in the Attempted Kidnapping at Liberty Park Identified

Man Reports Being Beaten and Robbed for Jewelry, Wallet and Drugs