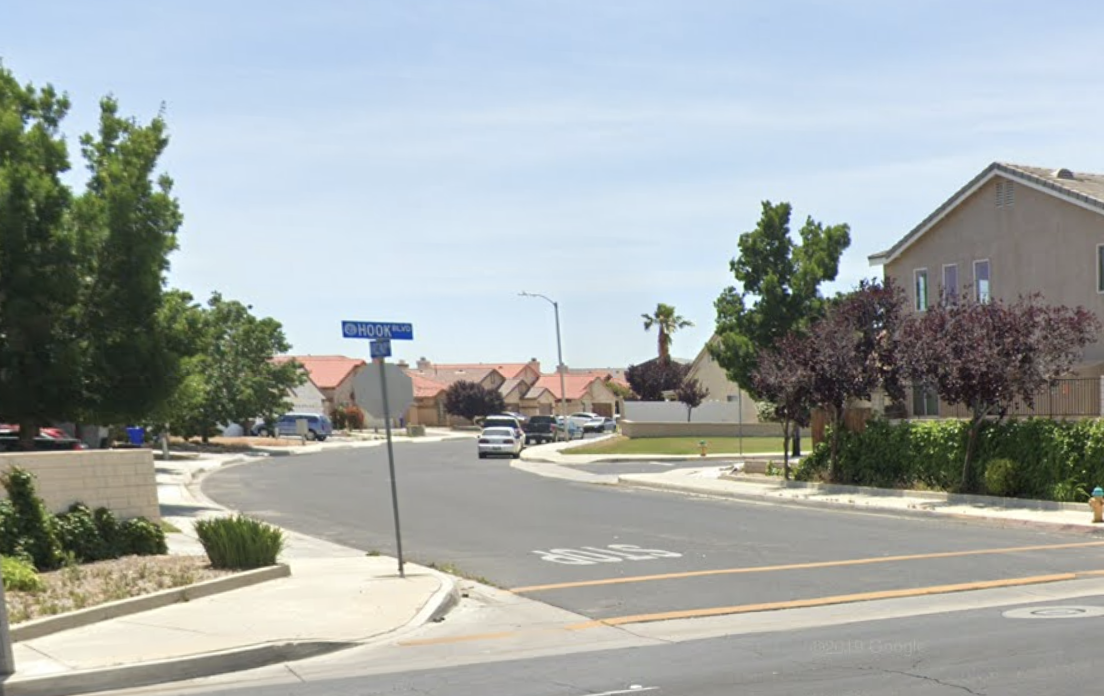 VICTORVILLE, Calif. (VVNG.com) — Police arrested a convicted felon who allegedly posed as a police officer and fired a gun at an attempted burglary suspect as he ordered him to the ground, officials said.

The incident happened last Friday, May 8, 2020, when deputies responded to the intersection of Rosemary and Indian Wells Drive regarding multiple reports of shots fired.

According to sheriff’s officials, “the callers reported a man had ordered another man to the ground and had fired a gun at him. Moments prior to deputies arriving on scene, the shooter got in his vehicle and fled.”

Deputies learned the subject who had been shot at, Angel Anthony Ruiz, a 22-year-old transient, had attempted to burglarize a residence in the 14900 block of Rosemary Drive and was confronted by an occupant of the home.

The occupant then contacted her family member, 35-year-old Aquileo Vega Jr., a resident of Victorville, and informed him of the attempted burglary.

Vega was driving to the Rosemary Drive location when he spotted Ruiz near the intersection of Rosemary and Indian Wells.

Vega got out of his vehicle, brandishing a handgun. He told Ruiz he was a police officer and ordered him to get on the ground. He then fired one round at Ruiz, narrowly missing him. As Ruiz was lying on the ground Vega kicked him in the face then returned to his vehicle and fled.

Ruiz was taken into custody and booked at High Desert Detention Center for burglary. Through investigation, deputies were able to positively identify Vega, a convicted felon.

On May 13, 2020, with assistance from the Sheriff’s Specialized Enforcement Division (SED), Vega was apprehended at his home in the 15000 block of Highlander Drive. During his arrest, Vega was found to be in possession of a firearm, ammunition, and suspected methamphetamine. His home was also outfitted with an illegal electrical bypass system.

Anyone with information about this investigation is asked to contact Deputy A. Ramos or Deputy M. Young at the Victorville Police Department at (760) 241-2911 or Sheriff’s Dispatch at (760) 956-5001. Callers wishing to remain anonymous are urged to call the We-Tip Hotline at 1-800-78CRIME (27463) or you may leave information on the We-Tip website at www.wetip.com.